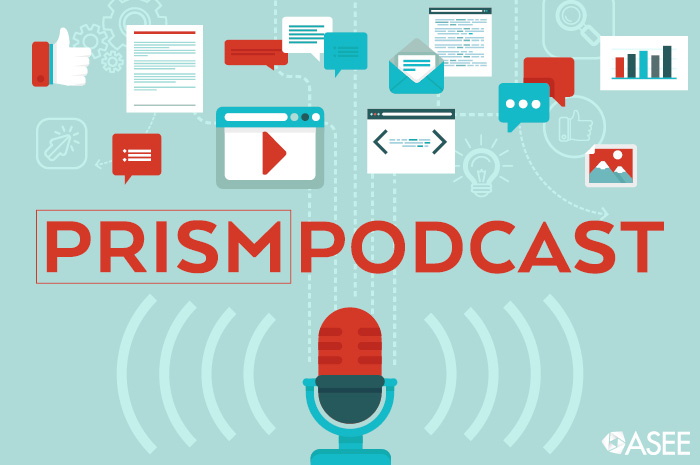 No Legos as a kid? No problem. Engineering educators are now keen on teaching spatial visualization.

A Different Kind of Energy Wave

One energy solution may be found in looking toward the ocean…not necessarily what you’d expect from researchers at land-locked Penn State.

A Columbus Preview for the 2017 ASEE Annual Conference

Prism magazine assistant editor Jenn Pocock has the lowdown on what to check out beyond the convention center.

The Play’s the Thing

Jeffrey Steiger, a theater director who creates plays that hold a mirror up to academic life, recently ran a session at ASEE’s Engineering Deans Institute.

The wake coming off large wind turbines can have positive, unintended consequences for crops.

Researchers at the University of Washington’s Urban Freight Lab study how to best manage infrastructure in packed cities, a useful endeavor during the holidays, when delivery trucks choke our roads.

The Mobile Virtual Player, developed by students at Dartmouth’s Thayer School of Engineering, was featured in the October Prism magazine.