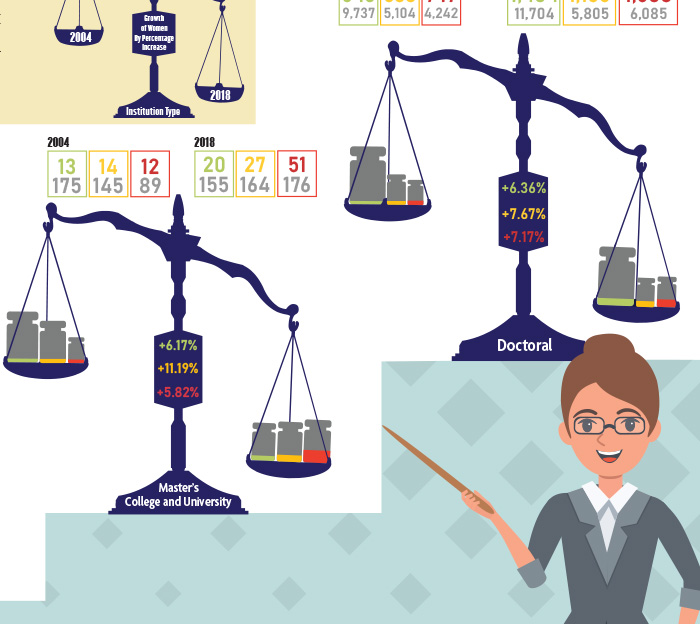 The total number of female faculty members in engineering more than doubled between 2004 and 2018 as colleges and universities sought more gender diversity. But the number of men surged as well. As a result, the proportion of women within the total engineering faculty population grew by only 7.3 percentage points, maintaining an overwhelming male majority. During that 14-year period, the percentage of female assistant professors increased from 17.8 percent in 2004 to 25 percent in 2018; female associate professors increased from 12.3 percent to 20.2 percent, and female full professors increased from 5.8 percent to 12.1 percent in 2018. Master’s level institutions had the largest increase from 2004 to 2018 (8.6 percent), followed by baccalaureate colleges (8.0 percent), and doctoral universities (7.2 percent). The past five years have seen a decrease in the total number of associate professors, and the total number of full professors has remained flat, limiting women’s opportunities for promotion.