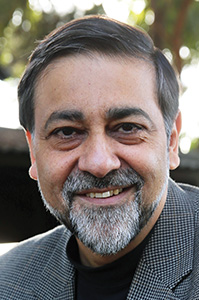 The United States is in danger of losing its technological edge. This is how to gain back ground.

Judging by its efforts to limit the proliferation of China’s 5G technologies, the U.S. government has finally woken up to the competitive threat it faces. 5G will enable the downloading of movies in seconds and connect devices as diverse as pacemakers, toasters, and self-driving cars. It will also alter battlefields by networking tanks and drones with artificial intelligence.

While America has turned skilled immigrants away and reduced investments in the basic sciences, countries like China have continued investing and innovating. Now, in addition to 5G, they could leap ahead in new technologies—for better and worse.

We have already experienced the advances in our computing devices; today’s smartphones have greater computing power than yesterday’s supercomputers. Every technology with a computing base is advancing on an exponential curve—sensors, AI, robotics, synthetic biology, and 3-D printing. As they advance, they also become cheaper and more available to anyone, anywhere. Advancing technologies are globalizing innovation by allowing small groups of people to do what large research labs and governments did in the past.

The good news is that these technologies also play into America’s greatest asset: our entrepreneurs. The national culture of DIY, bootstrapping, and scrappiness gives this country an advantage when it comes to building new technologies and new ways of doing things. The future really is America’s to lose.

Here are seven things that the U.S. should do:

These are by no means the only things we can do to improve the future of this country and restore its position as the unquestioned economic and technological leader. But these steps are impossible without additional government resources or expenditures.