ASEE members chose a new President-Elect and four new Board members in recent elections. Their terms will start at the Society’s Annual Conference in July, unless otherwise noted. 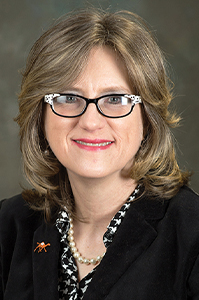 Carpenter, dean of engineering at Campbell University, has served as vice president of Professional Interest Councils (PICs) and PIC III chair. She has been a member of the ASEE Nominating Committee, National Outstanding Teaching Award Committee, and Sharon Keillor Award Committee; cochair of the Membership Policy Committee; and chair of the Long-Range Planning Committee. Carpenter has been division chair and program chair for the Electrical and Computer Engineering (ECE) and Mathematics divisions. She has also served as a director for the Educational Research and Methods Division and director-at-large for the Women in Engineering Division; chaired the Dasher Award Committee; and sits on the Awards Committee for the Pre-College Engineering Education Division. She is cochair of the ECE Division Awards Committee and cochair of the Engineering Deans Council Undergraduate Experience Committee. Carpenter is an ABET program evaluator for ASEE. She was named a Fellow of ASEE in 2013. 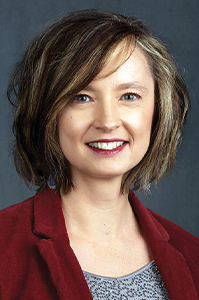 Miguel, associate professor and chair, electrical and computer engineering at Seattle University, has been a member of ASEE since 2004 and has served the Society in various capacities. She was the division and program chair of both the Electrical and Computer Engineering and the New Engineering Educators divisions, ASEE Pacific Northwest Section chair, and ASEE Campus Representative. She was a chair of PIC I and the vice president of PICs. Miguel currently serves as ASEE vice president for external relations and first vice president. She has been a member of the ASEE Board of Directors since 2016 and served on its Executive Committee in 2017–18. In 2020, Miguel was named an ASEE Fellow. She was also the recipient of the ASEE ECE Division Meritorious Service Award (2016) and its Distinguished Educator Award (2020). 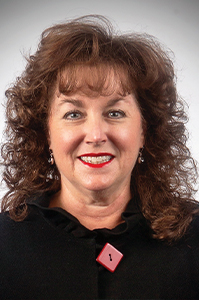 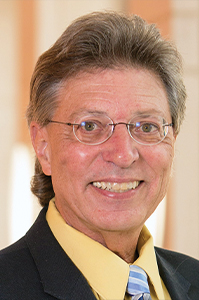 Chair of the Council of Sections for Zone II

McIntyre ran unopposed and will start his term in 2022. He is retired and was formerly clinical professor and program chair at Indiana University–Purdue University Indianapolis. McIntyre joined IUPUI as a clinical professor and director of the Construction Engineering Management Technology (CEMT) program. He oversaw its significant transformation, including substantial changes to the curriculum and revision of the B.S. degree program from CEMT to Construction Management. McIntyre has been a sustained supporter and leader at the national level within ASEE, serving two terms on the Board of Directors as the Zone III chair. He has also served as a chair in the North Midwest and the Illinois–Indiana sections. He has been recognized multiple times as an Outstanding Campus Representative. 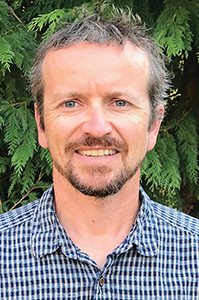 Chair of the Council of Sections for Zone IV

Davishahl ran unopposed and will start his term in 2022. The associate professor and engineering program coordinator at Whatcom Community College has been an active member of ASEE since he began teaching. Davishahl has presented multiple papers and workshops at both section and national conferences. He was selected for the Pacific Northwest (PNW) Section Outstanding Teaching Award in 2008 and was lead author on the Best Mechanics Division and Best PIC III paper for 2019. Davishahl served as PNW section chair during 2017–2019 and is currently the section awards chair.

Women, especially women of color, are underrepresented in engineering. However, ASEE recognizes that innovation and global competitiveness depend on a faculty workforce that is diverse, equitable, and inclusive—and leaders’ support for this goal.

The Society’s Engineering Deans Gender Equity (EDGE) Initiative is a three-year program, funded by the National Science Foundation, to provide deans with strategies and resources that can help them identify and remove barriers to recruitment, retention, and advancement of female faculty in engineering higher education. EDGE has released two apps focused on increasing deans’ awareness and knowledge of—and ability to take action on—gender diversity, equity, and inclusion.

With data from ASEE’s annual Profiles of Engineering and Engineering Technology report reaching back to 2001, the apps’ two dashboards examine trends in the number of women in tenure-track and tenured faculty roles in colleges of engineering over the past 20 years. The Women Engineering Faculty dashboard enables faculty leaders and researchers to explore trends in tenure-track and tenured positions in engineering by region, institution type, Carnegie classification, discipline, and faculty rank. The Underrepresented Minority Women Faculty dashboard displays data related to race and ethnicity by region, institution type, Carnegie classification, discipline, and rank.

With support from the National Science Foundation, ASEE conducted a proposal development workshop to help faculty at MSIs increase the competitiveness of their research proposals to core programs of NSF’s Directorate for Computer and Information Science and Engineering (CISE).

The five-part proposal development workshop was designed as a capacity-building experiential learning program, featuring highly customized mentoring for participating research teams. Each team was assigned a lead and a supporting mentor from a pool of experienced researchers. Teams received feedback from their mentors on various aspects of their proposals, including research plan, intellectual merit, and broader impacts.

In addition to engaging in small group work with their mentors, researchers at the proposal development workshop also received guidance from currently serving NSF program directors on key topics, such as collaborative partnerships and research by undergraduate and graduate students from underrepresented backgrounds.

While the workshop focused on building generalizable proposal development knowledge and skills, the 12 participating teams also worked on proposals for a new solicitation (NSF 21-533), Computer and Information Science and Engineering Minority-Serving Institutions Research Expansion Program (CISE-MSI Program), with a full proposal due on April 15, 2021, and annually thereafter.

The goal of CISE-MSI is to “broaden participation by increasing the number of CISE-funded research projects from MSIs.” As the solicitation notes, “MSIs are central to inclusive excellence: they foster innovation, cultivate current and future undergraduate and graduate computer and information science and engineering talent, and bolster long-term U.S. competitiveness.”

Learn more about the proposal development workshop at https://msi-cise.asee.org.

The ASEE Nominating Committee, chaired by Immediate Past President Stephanie Adams, requests member participation in nominating candidates for the 2022 ASEE Board election. Board positions to be nominated are: President-Elect; Vice President, Member Affairs; and Chairs of Professional Interest Councils I, IV, and V.

Nominations will be accepted electronically at s.nguyen-fawley@asee.org. Please include a subject line that begins with the words “2022 Nomination” so that it can be forwarded to the Nominating Committee. Please be assured that your nominations are confidential and will be seen only by the assistant Board secretary and members of the Nominating Committee. The deadline to submit nominations is June 1, 2021.