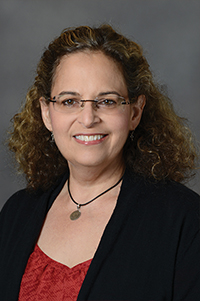 A Vote of Confidence

Engineering technology educators have long argued that graduates who have earned bachelor’s degrees from accredited ET programs should be allowed to seek professional engineering licenses by the same route as engineering graduates. I’m happy to report that ASEE’s Board of Directors agrees. At its February 2020 meeting in Washington, D.C., the Board declared unanimously that it “strongly supports” the Engineering Technology Council (ETC) position that baccalaureate degree ETAC/ABET graduates are fully capable of protecting the health, safety, and welfare of the public and should, therefore, be eligible, without additional requirements, to become licensed professional engineers.

Professional Engineering (PE) licensing is regulated by the states. Model laws for states to adopt are created by the National Council of Examiners in Engineering and Surveying (NCEES). Currently, all states permit engineering graduates of bachelor’s programs accredited by the Engineering Accreditation Commission of ABET (EAC/ABET) to become licensed professional engineers. However, only some states grant the same privilege to graduates of programs accredited by ABET’s Engineering Technology Accreditation Commission. This is true despite the fact that, with only minor exceptions, the examinations to become a PE are the same in all states.

Among states that do permit ET bachelor’s-degree graduates to attain professional licensure, most impose additional courses, work experience, or even degree requirements that engineering graduates don’t have to meet. These additional state requirements and, in some states, outright prohibitions, frequently create an economic hardship for ET graduates. Lengthening or blocking access to the licensure process prevents ET baccalaureate ETAC graduates from attaining well-paying engineering jobs.

The National Society of Professional Engineers (NSPE) regularly reports that Licensed Professional Engineers earn more money and have more opportunities than unlicensed engineers. Thus, a recent tagline from NCEES boasts: “P.E. Prove yourself without saying a word.” Providing an equal opportunity for ET graduates to seek this credential has a social-justice dimension: It would improve diversity in the engineering profession. A 2017 report by the National Academy of Engineering indicates that ETAC/ABET programs have at least twice the percentage of African-American students as EAC/ABET engineering programs and a significantly higher proportion of economically disadvantaged students.

In addition to changing certain states’ restrictions on eligibility for licenses, the ET community believes that any industry licensing rules based on disparate state requirements should be changed as well. However, there is no expectation within the ET community that any of the requirements for licensure be changed other than to make ETAC/ABET bachelor’s graduates eligible to sit for all required exams and be able to accrue experience in the same way and at the same rate as EAC/ABET graduates.

Besides backing the ETC position on licensing, ASEE’s Board of Directors supports the council’s call to change federal rules that would make more government engineering jobs available to ET graduates. Specifically, ETC and ASEE seek a modification of the U.S. Office of Personnel Management’s Engineering Qualification Standard so that an ETAC/ABET-accredited bachelor’s degree would count as meeting the “basic requirements” for entry-level professional engineering positions with the government.

Why is the support of the ASEE Board important? It means the engineering education community, through its elected leadership, recognizes the capabilities that ET graduates bring to the workforce. Most four-year ETAC engineering technology graduates are routinely hired as engineers and work right next to four-year EAC engineering graduates with the same work title: engineer.

The ET community has been working on these issues for a number of years. These topics were discussed and vetted by NCEES and NSPE leaders at the 2018 Engineering Technology Leaders Institute (ETLI) in addition to other meetings. The ETC has also brought up these issues during members’ visits to Capitol Hill.

These ASEE endorsements lend added authority to our trademarked tagline: The degree is engineering technology; the career is engineering.

Patricia Fox, immediate past chair of the Engineering Technology Council, is a clinical assistant professor in the School of Engineering and Technology at Indiana University-Purdue University–Indianapolis.