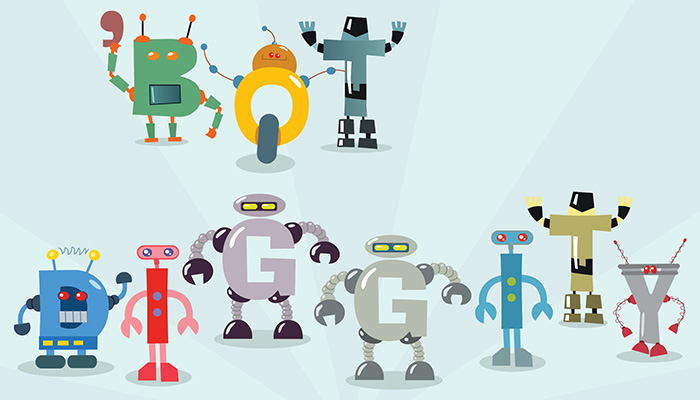 Cheap yet sophisticated personal robots enliven an introduction to engineering.

James McLurkin, an assistant professor of computer science at Rice University, certainly thinks so. And no wonder. The pioneer of swarming robotics has seen his bagel-size ’bot transform an introductory engineering course into an unabashedly fun way to convey circuits, mechanics, and other core concepts.

“My deep, secret mission to take over the world,” says McLurkin, is to make cheap, high-performance robots as ubiquitous in classrooms as scientific calculators.

His course taps into a surge of student interest in robotics, starting at the K-12 level and continuing into college. Witness the enthusiasm surrounding VEX Robotics programs, which could attract as many as 13,000 competing teams worldwide this year — up from 10,000 last year. Demand from students eager to pursue VEX in college prompted the recent launch of a postsecondary program that now counts 300 universities, a burgeoning scholarship program, and partnerships with student chapters of professional groups such as the National Society of Black Engineers. “If they offer it, it makes their engineering department more attractive,” contends Jason Morrella, president of the Robotics Education and Competition Foundation, which runs VEX.

In classrooms, however, robots typically crop up as projects in electrical engineering and computer science — not as teaching tools. Cost has been a major barrier; sturdy, sophisticated robots like those used in research labs are too expensive to equip each student. McLurkin, director of Rice’s Multi-Robot Systems Lab, aims to flip that calculus along with the curriculum by using small, mobile robots to teach foundational theory in an engaging, hands-on way. Now in its fifth year, his introductory course was a “smashing success” from the start, says McLurkin.

The class was specifically designed for all experience levels — including students who had never used a screwdriver. “We want the students who’ve got the talent and the ability… but may not see themselves as engineers.” He particularly wants to open the door to students who didn’t have much opportunity in high school, “or maybe they’re brown, or female, and society told them they weren’t smart enough to be engineers.”

That warm welcome for newbies partly reflects McLurkin’s own odyssey into engineering. Growing up in Baldwin, New York, in the 1970s and ’80s, he quickly learned that geek wasn’t chic, particularly for an African-American male. He was bored at school, and his grades suffered. But his parents encouraged his inventiveness, buying him a “world-class” collection of LEGO sets. McLurkin built his first robot, Rover, in high school and went on to earn a bachelor’s degree in electrical engineering and a master’s and Ph.D. in computer science from the Massachusetts Institute of Technology. Along the way he earned a master’s in electrical engineering from the University of California, Berkeley, and won the Lemelson-MIT student prize for innovation in 2003 for small, collaborative robots inspired by his own pet ants.

McLurkin developed “swarmbots” while working as lead research scientist at iRobot Corp. The cost — $2,000 each — made them prohibitive for a classroom. Shortly after arriving at Rice in 2009, he worked on a lower-cost version that could be built in his lab. The resulting r-one costs about $250 and packs almost the same research-caliber performance as the old model. At the same time, Rice opened the Oshman Engineering Design Kitchen, a 24/7 maker space full of state-of-the-art, real-world tools, which created demand for just the kind of experience McLurkin wanted to offer his students.

To develop the course, he collaborated with colleague Scott Rixner, a professor of computer science. Their goal was to present a broad, interesting introduction to electrical and mechanical engineering and computer science, so even students – especially women and minorities – who may not have known they were interested could make a better-informed choice of major. They combined r-one with Python, now the premier teaching language, which allows students to produce sophisticated software and commands, such as velocity control loops and simple light-sensor behaviors.

Their course, ENGI 128, includes control theory, gears, torque, thermodynamics, voltage, infrared systems, current, distributed algorithms. All are learned in the context of programming a robot to accomplish such real-world feats as lining up in numerical order or circling a stationary ’bot in a design project called the IR Olympics. Systems engineering is “the glue that ties everything together,” McLurkin says. Programming robots helps students see how the basics of each discipline “fit in at that 10,000-foot level.” Unlike most educational robots, which have limited hardware, the r-one lets students work with an advanced multi-robot system.

The debut went so smoothly that “I got a little spooked out,” McLurkin recalls. The course has since evolved. Most of the problem sets have design challenges, and striking the balance between ambitious and achievable can prove daunting. For example, there’s been a new version of the IR Olympics every year. The first year, students “hopelessly ran out of time” and had to take the design challenge home. It was simplified, but time remained an issue. Doing the code in pieces made the third iteration too easy, and the fourth version had errors in the code. This year, it became a planned take-home design challenge, but with a limited number of days the students could work on it. “There’s so many things you can do with robots, but you still only have 10 hours of time a week,” observes McLurkin.

To maintain students’ interest “you need to shock them every now and again,” McLurkin maintains. While the activities are fun and the course is not intended to weed out less-prepared students, it’s no easy ride. Students learn this with a jolt during their first programming problem set: creating software so their robots can move toward light and avoid obstacles using infrared and bump sensors.

Competition and the ability to be creative prove highly motivating. A tic-tac-toe game, in which teams of four program a donor-robot to win, often see “great reversals of fortune” when the robot doesn’t go or collides with another, forfeiting a round. McLurkin awards $10 gift certificates and coupons for chocolate bars or to the LEGO store over the semester, around $250 in total — “not enough to notice in any budget, but it’s fun!” Also empowering is being able to customize a robot, changing the color of its lights, for example, or programming it to play music.

One challenge for instructors — and with four teaching assistants, ENGI 128 is labor intensive — is ensuring the technology doesn’t outpace the students’ ability to use it. As McLurkin notes, “real hardware is unforgiving,” and because robots do what you tell them to do, not what you want them to do, things can “go off the rails very badly.” For example, getting the math wrong on the velocity controls will send the robot spinning out of control. Assignments, he cautions, “have to be designed so when [students] get it right, they can see it.” It can be difficult for students to figure out what’s going on with embedded systems, like Python, because they can’t check the robot’s program for bugs as easily as when programming their laptops. “It’s like looking at a map through a drinking straw,” says McLurkin.

Another challenge has been the students’ lack of experience using tools. Unlike the Sputnik generation, whose schools had shop classes, many of today’s freshmen arrive not knowing they must push down on the screwdriver to loosen a screw. Despite such hurdles, however, most students remain undaunted and go on to study engineering, McLurkin says.

Instead of a single capstone assignment, a series of projects culminate in a final 30-robot design challenge, such as “quaffling up” like Harry Potter for a spirited match of Quidditch, performed with robots rather than student-wizards on broomsticks. “They should get their hands dirty right away,” argues McLurkin.

Citing student surveys, McLurkin and his colleagues reported in a 2012 paper that ENGI 128 increased engagement, motivation, and desire to major in engineering. Students bonded with their robots. Many gave them names and were sad to return them at the end of the semester. Tough homework made most students work harder to ensure their robot’s success.

While educational robots like r-one are uncommon, entrepreneurial educators detect opportunity for more use of robots in the classroom. Carnegie Mellon University’s CREATE lab, for example, has developed a $100 programmable, mobile robot to teach computer science to students as young as eight. The result of a four-year study, the bird-shaped Finch has light, temperature, and obstacle sensors, accelerometers, and support for a dozen programming languages. And Harvard researchers are coming out with a $10.70 AERobot — for Affordable Education Robot — designed to introduce the fundamentals of programming, logic, and robot controls to students of all ages.