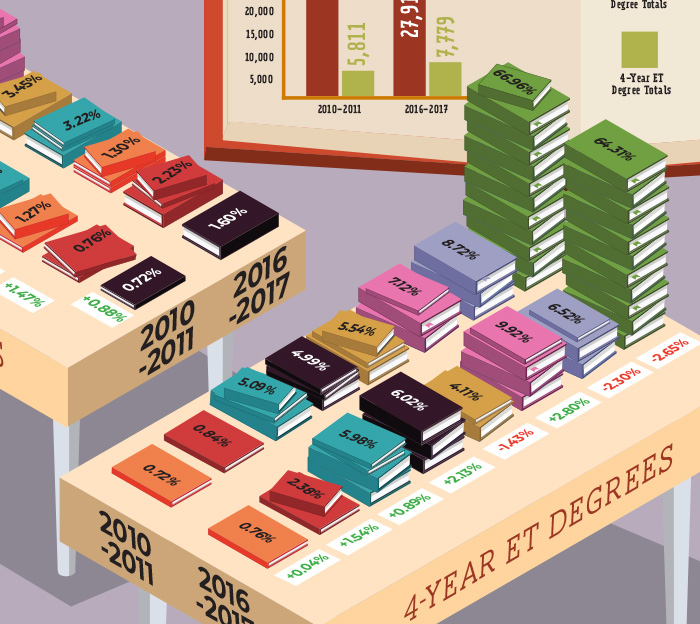 Despite their decreasing numbers, graduates of ET associate’s programs are more racially and ethnically diverse than those who completed a bachelor’s degree. Underrepresented minorities received 25 percent of the ET associate’s degrees awarded in 2017, compared with 17 percent of bachelor’s degrees awarded to underrepresented minority populations. Two-year colleges tend to have more diverse student populations than four-year universities and thus should be considered a prime recruiting ground for institutions and industries seeking to broaden the ranks of skilled engineering technology graduates and workers.

Latrice Bonner is a Ph.D. candidate in higher education and student affairs in the joint doctoral program at Claremont Graduate University and San Diego State University.
Design by Toni Rigolosi