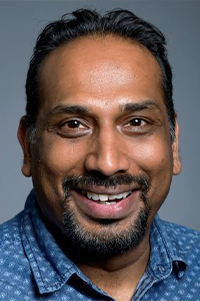 Confronting Hate is Just the Start

To address anti-Asian bias, academia must move from tolerance toward true inclusion.

In this column I usually discuss the effects of technology on engineering work and learning. The present moment, though, calls for a more personal reflection. Hate is rising against Asians—Asian Americans, Americans of Asian descent, and Asian immigrants—across the United States. Among the broader population of Asians who live here are those, like me, who arrived as immigrants and exist in the microcosm of academia and, within that, in engineering schools. It is through this lived experience that I stress that anti-Asian views leading to the recent spike in violence have also manifested themselves as prejudice, bias, discrimination, and, at best, neutrality in academia for decades.

My trajectory, like that of many Asians in engineering, can be traced back to the 1965 removal of the national origin-based quota system for immigration. Post-World War II, U.S. engineering schools had developed an outstanding reputation worldwide and, in combination with a law that allowed non-Western immigrants to enter America, universities were able to attract the brightest minds from Asia through scholarship offers.

More than five decades later, Asian immigrants have made significant contributions in the United States: to space and military missions, the innovation ecosystem, and higher education—not only with our tuition, but also through our work as teaching assistants, graduate researchers, postdocs, instructors, and faculty. Yet, for all our labor, we largely remain a functionally convenient entity, a filler of the U.S. talent gap. We have generated in others a utility-based tolerance for the differences in physical characteristics; language; cultural tastes; and norms, values, and morals that accompany an immigrant. We might not be underrepresented in engineering anymore, but we are often overlooked, underappreciated, and under-supported.

It is clear to me that simply contributing to the economic and technological growth of a nation is not enough for real, sustained inclusion; it does not shield us from others’ bigotry. Recent events are a reminder that utility-based tolerance is still not a seat at the table, but just another form of “othering.” It is a far cry from asset-based inclusion that would recognize and reward Asian contributions beyond an appreciation for towing the line. We are touted as a “model minority,” but what good is that if we can’t be a model for a genuinely inclusive United States?

To achieve asset-based inclusion, Asians in academia, and especially in engineering, need to use their voice and speak out, not only about their successes but also their struggles. For those of us who came as immigrants, our silence is often a result of the Sword of Damocles that hangs over our heads—we have some legal protections but an inability to truly articulate what we think, need, or want for fear of reprisal. The cost of questioning those in power is too high: A nonrenewed work contract or expulsion from a program means being forced to leave the country, bringing a swift end to a life we have sometimes spent decades building. This learned helplessness and lack of psychological safety is self-perpetuating; to break free of this cycle, we need to engage more and do so positively. The onus is higher on those like me who, after many-year journeys, are citizens and can speak up for others.

At the institutional level, true asset-based inclusion requires giving Asians a platform to contribute their experiences to the dialogue on inclusiveness. Many of us come from nations where efforts to create an inclusive and equitable society have existed longer than in the United States. There are lessons to be learned from the successes and failures of efforts to eradicate caste-based discrimination, resolve religious and sectarian conflicts, and settle tribal and territorial disputes. By allowing people to share their lived experiences, institutions can better recognize practices that alienate and build counter mechanisms.

For true equity and inclusiveness, though, we need to progress beyond anti-racism. We need anti-othering, the ability to balance our deep-seated cognitive need to put those unlike us into categories with the recognition that differences do not imply superiority or inferiority. It’s not an easy thing to do. But if we don’t work toward this goal, we will always find someone—some category—to hate.