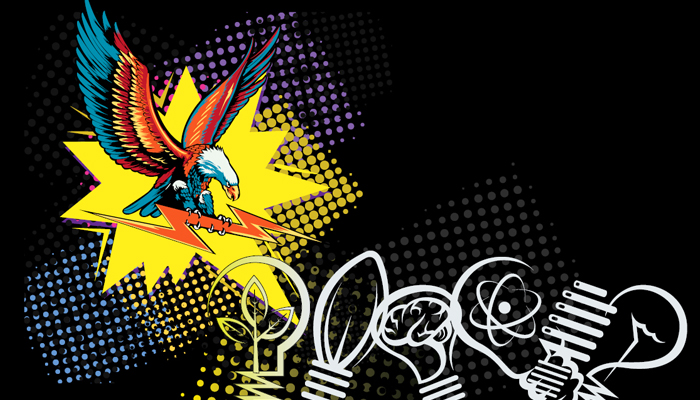 Small federal subsidies can be a lifesaver for struggling start-ups.

As he finished his chemical engineering doctorate at the Massachusetts Institute of Technology, Hilton Pryce Lewis found himself in a familiar bind: Years of work had finally yielded commercially viable technology — a vaporous method for applying ultrathin polymers to fragile surfaces like sensors and membranes. But further development was needed, and the project now fell outside the scope of basic research grants typically won by universities. The private sector offered little encouragement. This was 2001, and investors — burned by the dot-com bust — for the most part were steering clear of small start-ups. “We had a few potential customers who expressed interest in what we were offering, but we didn’t even have the facilities to produce it,” Pryce Lewis recalls. “As far as financing was concerned, no one was interested. We knew we’d have to come up with the money some other way.”

Then a colleague recommended SBIR. Created in 1982, the Small Business Innovation Research program requires 11 large federal agencies — including the Defense Department, National Institutes of Health, National Science Foundation, and National Aeronautics and Space Administration — to set aside a portion of their research-and-development funding for grants to small businesses, including spin-off companies created by university professors and their students. Altogether, the program is worth some $2.3 billion a year. A complementary Small Business Technology Transfer (STTR) program, created in 1992, specifically channels money to companies that have universities or other non profit research institutions as partners.

Pryce Lewis and Karen Gleason, the MIT chemical engineering professor who invented the process, formed a company and applied for an initial $100,000 grant from NSF. Today, having won a cumulative $4 million in SBIR grants for the original proposal and subsequent innovations, their Cambridge, Mass.-based GVD Corp., headed by Pryce Lewis, is providing polymer coating services for the aerospace, semiconductor, oil-and-gas-exploration, and rubber products industries – and turning a profit. And it continues to develop new commercial applications.

“If we hadn’t had the SBIR seed money, the company wouldn’t exist,” says Pryce Lewis. “It gave us the start-up money that enabled us to get up and running and to market our coatings commercially. And over the years, it’s provided us with the financial stability that we needed to develop our products and our business plan.”

For researchers, SBIR and STTR offer two big benefits. They provide start-ups with the seed money they need to refine prototypes, set up their corporate structures, and hire business and marketing experts who can help them prepare for entering the marketplace — a phase in the life of a start-up company for which it’s difficult to find private financing. Like Pryce Lewis, some two-thirds of SBIR grant recipients surveyed by the National Research Council say their projects never would have reached the marketplace without this help. Second, SBIR grants provide an informal seal of approval that can help unproven start-ups attract private capital and start to line up customers. Robert J. Lad, a University of Maine professor who founded Environetix Technologies Corp., which developed miniaturized acoustic heat and pressure sensors for sale to government agencies and private-sector companies, says he has cemented ties with several large corporations that likely wouldn’t have looked his way had he not won SBIR awards. “It absolutely opens doors with private companies,” Lad says. Other SBIR-winning CEOs say investors also see an SBIR award as a means of leveraging their own money.

Ironically, those familiar with SBIR and STTR say that although many of the programs’ start-up companies grew out of academic research, universities and faculty members haven’t taken as much advantage as they could. “All this money is there in the SBIR and STTR programs, and a lot of universities don’t encourage faculty members to apply,” says Charles W. Wessner, who directed an exhaustive assessment of the programs for the National Research Council. Albert N. Link, a professor of economics at the University of North Carolina at Greensboro who has conducted numerous studies of the SBIR and STTR programs over the past decade, says academics’ reluctance has stemmed in part from the “basic tension” between a commitment to “being a professor and pursuing basic research” and the idea of starting an outside business, which can be unfamiliar — even distasteful — to some faculty.

Jere Glover, executive director of the Small Business Technology Council, an industry trade group, says starting a business can also conflict with demands that faculty must fulfill to gain tenure and job security. “If you publish an article, it’s much more likely to get you a permanent position on the faculty than if you start a spin-off business,” he observes. As a result, Glover says, academics seeking tenure, and who lack alternative career opportunities in industry, are reluctant to participate in the SBIR program. “University presidents and [tenure-conscious] academics have been against the SBIR program, but almost all the engineering schools have been for it,” he says.

SBIR and STTR work as a two-phased award program: a smaller, six-month Phase I award, designed to help start-up companies assess whether it would be feasible to market their innovations; and a two-year Phase II award, to help the company conduct more research, finish a prototype, and explore the opportunities for putting it into production. While the selection process varies among the agencies, applicants typically go through a series of pre-selection steps, and a committee decides which proposal to accept and how large the grants should be. Following Phase II, firms are expected to obtain outside financing and complete their transition into the marketplace.

Several states have set up companion grant programs and agencies that offer advice and resources to start-up companies — particularly those involved in technology and innovation. Lad got initial help from the Maine Technology Institute, a state agency established to support start-up ventures. Oklahoma and Kentucky also have well-regarded programs. MIT’s Deshpande Center for Technological Innovation – established a year after Pryce Lewis was scrambling for help – provides university support and awards for the school’s engineering and science teams.

Before SBIR and STTR were reauthorized in 2012, frustration had built up among some researchers and entrepreneurs over certain of the programs’ policies and regulations. The size of the grants hadn’t kept up with inflation. The awards-selection process had, in some cases, grown too long. And, following a 2007 administrative ruling, the rules excluded any start-ups that had venture capital companies as principle backers, a major barrier for many of today’s high-technology innovators, whose biggest backers increasingly are in Silicon Valley.

Congress ultimately passed a five-year reauthorization that runs through Sept. 30, 2017, and raises award levels both for Phase I (to $150,000) and Phase II (to $1 million). It shortens the grant-awarding process to 90 days and limits the number of years that a start-up could apply to extend its awards. In what was potentially a big step, lawmakers broadened eligibility for grants to include start-ups that are primarily owned by venture capital companies. The bigger sums allowed for individual awards appears to have resulted in fewer grants, the Small Business Technology Council’s Glover says. And although Congress increased the proportion of research money that agencies had to set aside for SBIR and STTR, the overall shrinkage of the federal research budget has meant that competition for SBIR and STTR money is intensifying.

Since part of the programs’ rationale is to enable innovators to take risks, their success can’t truly be measured by counting the number of grants that yielded profitable ventures. Link, author of Bending the Arc of Innovation, estimates that about half the grant recipients “commercialize” their innovations, either by selling their product or service or leasing their technology to other companies. Still, “how successful that commercialization may be is another question,” he says. Much depends on the demand for a specific new product.

While the programs have undeniably allowed a number of firms to survive infancy, small, high-technology start-ups seldom become big job engines in their first few years, Link and other economists say. Pryce Lewis, for example, employs a dozen people at GVD Corp. Lad has only five full-time employees at his facility in Portland, Maine, and, depending on the workload, up to 10 part-time consultants. Much high-tech work initially is done using computers and robots and doesn’t require a large workforce. Still, some SBIR firms do eventually become major employers. Qualcomm Inc. received a number of awards early on and now has a workforce of more than 17,500.

As with many federal grant programs, the government has to be on the alert for abuses such as “SBIR mills” — firms that reapply for grants year after year and never bring their products to the marketplace. In fact, more than a third of SBIR participants are first-time applicants. Audits by inspectors general have turned up individual cases of fraud. Companies have plagiarized proposals, for example, or applied for — and received — duplicate grants from two or more agencies for essentially the same project. In one of the worst cases of recent years, a former University of Florida nuclear engineering professor, Samim Anghaie, was convicted in federal court of bilking NASA and the Air Force out of $3.7 million in SBIR grants, claiming to be paying employees when in fact he was using research by grad students. Overall, the incidence of abuse is relatively low in a program in excess of $2.3 billion a year, say congressional overseers and the National Research Council, which has published a series of comprehensive studies of SBIR programs.

Glover, of the Small Business Technology Council, says more universities are beginning to recognize that their schools can reap royalties through shared licensing when their faculty members and students commercialize their work. But the National Research Council’s Wessner says universities could be doing more. Schools themselves should provide small grants — say, $5,000 or so — to help researchers apply, and then assist them in building a team that can attract outside support as well, he argues. The NRC is still on the case; it will issue a “second snapshot” on the SBIR program and its recent changes next year.

Even profitable firms can return to the SBIR and STTR programs for help in marketing new research-based products. This past summer, Pryce Lewis’s GVD Corp. won a two-year, $300,000 SBIR grant from the Environmental Protection Agency to finance development of a solvent-free alternative to traditional spray-and-bake-style coating that won’t leave a residue when it’s used in a mold. Who knows? GVD may soon outgrow the “small business” moniker.