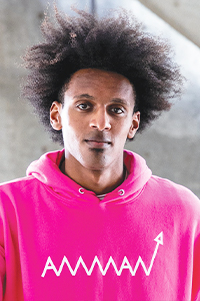 Memes can be effective ways to both teach and reinforce fundamental engineering concepts.

The language used by U.S. engineering educators might as well be called Old English. Zoomers—those born 1997–2012—communicate in a novel language: memespeak.

Okay Boomers, in case you are unfamiliar, a meme is a nuanced joke packaged in the form of an image and/or text that is then distributed via social media. We have political memes, meme stocks (shoutout to Redditors pumping GameStop stock), and even meme cryptocurrencies (get hip to Dogecoin, y’all). Why not meme-based education?

Textbooks—often prohibitively expensive—have been the go-to educational tool for decades. But I’m about to graduate with my master’s degree from a reputable and notoriously hands-on electrical engineering program and I honestly cannot recall reading a single STEM textbook over the course of my undergraduate and graduate degrees, except to access homework problems. Yet I have absorbed thousands of lecture slides, notes, datasheets, and videos—all of which are stored either in my head or easily accessible via the cloud. Why not memes for learning? Retaining the material is what matters most, right? Or are we more interested in protecting the $8.4 billion U.S. textbook-publishing industry than democratizing education?

A few recent publications have covered Internet memes and their educational use in subjects such as chemistry, pharmacy, and linguistics. But while they all similarly suggest pedagogical memes are promising, they note the need for further study.

I wanted to entertain the prospect of meme-based education with some of my undergraduate engineering students. In the two laboratories I taught virtually this year, I polled each of my 20-person classes on whether they’d be “interested in learning more about electric circuits through class-appropriate memes.” The answer was resounding, with about 70 percent of students voting “Yes,” and 25 percent voting “Tell me more.” I proceeded to start each weekly lab session with a meme relevant to the day’s experiment—this served as an icebreaker. The primary challenge, though, was finding or crafting educational and funny content, because meme culture is dynamic and requires a keen sense of social currency.

I follow a Twitter account for STEM memes, @memecrashes, which has about 230,000 other followers. It takes me back to the painful days of derivations and theorems from my undergraduate weed-out courses. Interestingly enough, the only way to get the jokes is to understand the memes’ underlying STEM concepts. These memes are actually helping me review engineering fundamentals like Maxwell’s equations, L’Hôpital’s rule, and Fourier transforms!

Education disguised as a joke is brilliant. It’s reminiscent of how we teach toddlers—in goofy yet effective ways. Memes bring out everybody’s inner child. If only concocting a meme were as formulaic as calculating the mean.

Integrating memes into courses could backfire if the content were academically inappropriate, offensive, or racialized. For instance, instructors should exercise caution to ensure Black people are not disproportionately represented in these jokes—a phenomenon known as “digital blackface.” This risk could be regulated with administratively approved meme-vetting guidelines and regular cultural competency training for instructors.

Creating effective memes takes real talent and wit (I know, because I’m not good at it). Some of my peers struggle per conventional academic standards but are exceptional meme finders and creators. I can’t help but wonder if a more meme-based education would serve them better, catering to an unorthodox learning style.

The burden to find memes doesn’t have to be on the professor. Instructors could assign a low-stakes competition for students to find or create the best meme relevant to the class. I believe professors would be pleasantly surprised at the healthy competition and student participation in such an assignment—not to mention the joy students would feel when browsing memes and the fact that they’d have to comprehend some of the material to understand the jokes.

Currently, the most sophisticated Internet meme database is a wiki-like site called Know Your Meme. I don’t see why we can’t have a similar peer-reviewed STEM meme database for educational use. Who knows, maybe one day memes will be commonplace in engineering education publications. Which college will be the first to adopt an Internet meme-scot (meme mascot)? I can’t wait to see the day when student meme consultant roles within engineering programs are normalized.

And that’s on 21st-century learning, baby! Do Only Good Everyday. Period.*

*This line contains memespeak that mainly Zoomers will get 😉 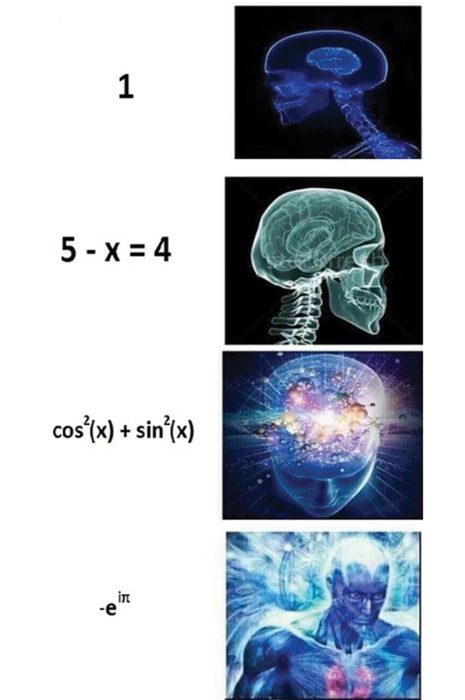 The popular “expanding brain” meme illustrates the various complications of the value 1 progressing from elementary algebra to Pythagorean identities and Euler’s identities. 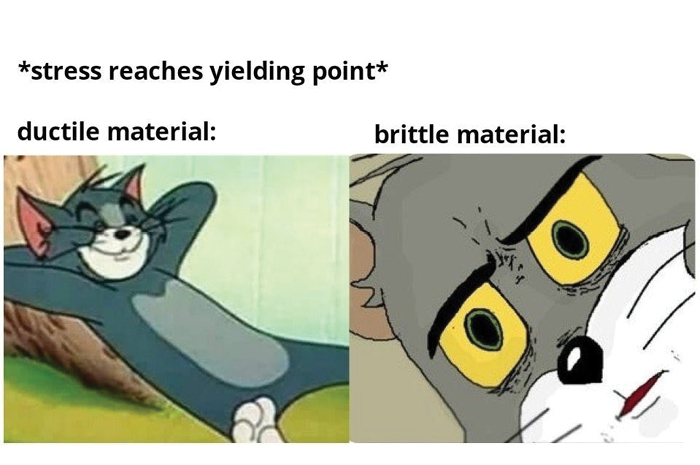 Meme using popular cartoon characters to differentiate between ductile and brittle materials and how they respond to stress up to their respective yielding points. 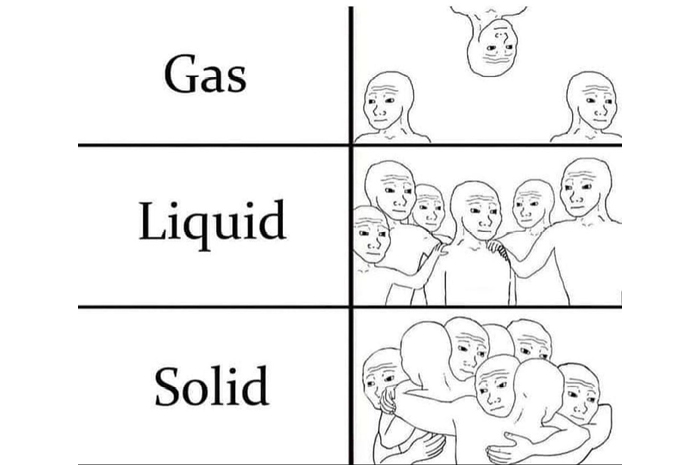 The difference in molecule proximity between three different states of matter is depicted using the popular Wojak meme. 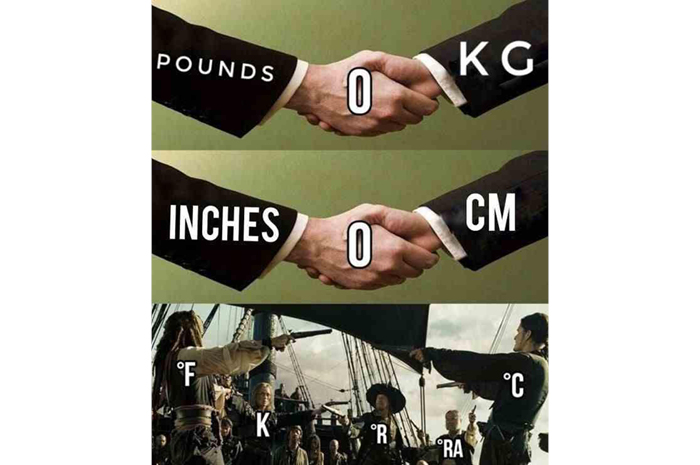 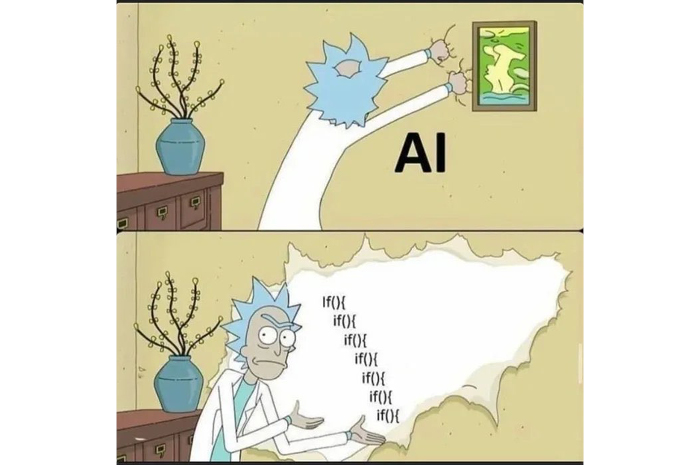 Meme from the popular show Rick and Morty explaining how artificial intelligence is nothing but a bunch of nested “if” statements. 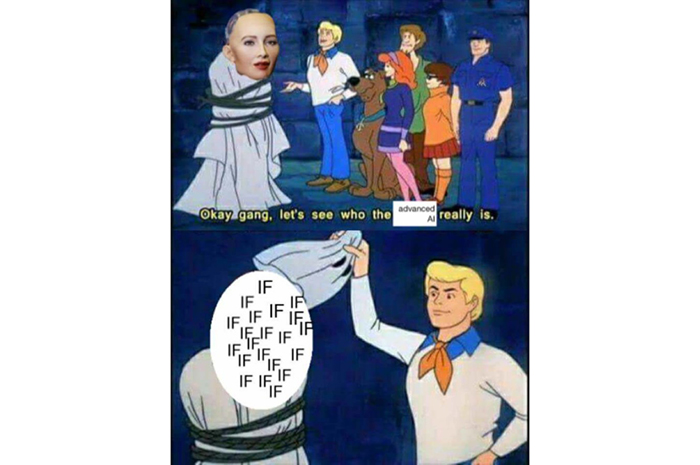 A version of the AI meme using Scooby Doo. 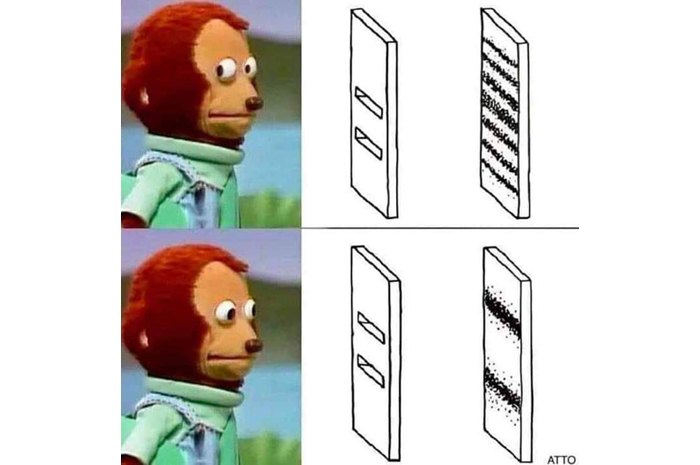 Meme using the monkey puppet, Kenta, to illustrate the particle—wave duality paradox: How photons can display characteristics of both classically defined waves and particles depending on how it’s viewed in the famous double-slit experiment. 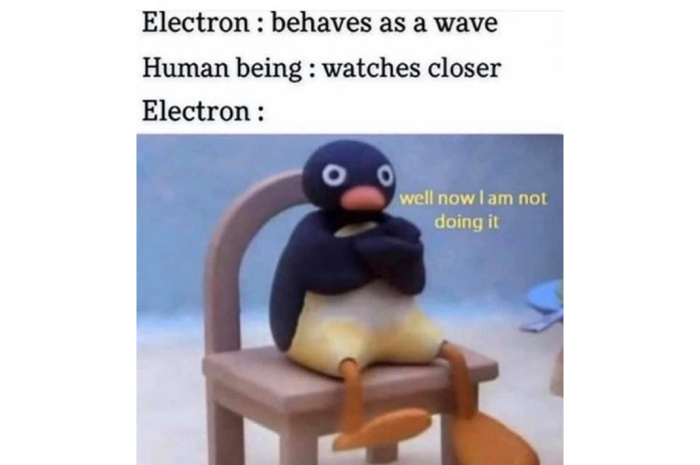