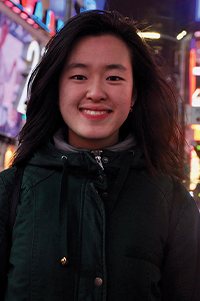 To save the liberal arts, coding should join writing as part of the general education curriculum.

During the fall semester of my junior year, I built a virtual CPU for my computer architecture class from the ground up. Now, as I type this, I visualize my computer processors spreading electrical bits of ones and zeros across an overwhelming number of registers. I imagine all the documents on my computer in an infinite ribbon of binary and worry that the writing stored on my machine could be destroyed in some absurd attack where all the ones switch places with the zeros. I like knowing that the sentence I am typing right now is really not a sentence in the way a pencil, a machine of the analog era, would relay these same words onto a paper page.

Everyone should learn how to code in college. This is not a new idea. In 2016, President Obama urged young Americans to learn how to code in a YouTube video that currently has over 1.5 million views. In another video, Bill Gates reassures kids that coding is not very difficult. Supermodel Karlie Kloss launched an online code camp for girls, Kode With Klossy, in 2015. Coding is a crusade of popular culture!

I don’t romanticize it that way. Over my college career, I’ve noticed that computer science is the major my classmates choose when they have no idea what they want to do with their lives. It is the most popular major at Duke—and the least demanding major that can net a six-figure salary right out of college. Software engineers can work normal hours and they only need to learn up to the second class, data structures and algorithms, to ace a typical coding interview. And they are in astronomic demand.

What results from this economically driven demand for software engineers is a supply of semi- to sorta-eager young engineers. As tech has infiltrated almost every surface of the modern world, software engineering has moved away from its earnest beginnings. The uber-passionate garage-tinkering computer nerd of the ’70s has been replaced by two pretty unforgiving stereotypes: the “tech bro,” who has a comically self-unaware sense of intelligence and optimism, and the “code monkey,” who writes efficient, unremarkable code into the vacuum of a four-monitor computer.

I’m moderately repulsed by both, and not just because I see myself entering some post-graduation territory in which I become one of them—or at least am surrounded by many of them—but also because I find it sad that the tech world’s monetary rewards have turned higher education into a pre-professional factory of wealth-, comfort-, and status-driven software engineers.

A student’s practical desire to have a good job should not be the target of criticism, however. My critique is of a higher education system that has outgrown the antiquated ideals of the liberal arts but has not made the effort to update itself to reflect the evolution of the modern world.

One solution, then, is to get everyone to code.

Software engineering is like writing, insofar as both are the undeniable foundations of communication today. Most higher education institutions have some form of undergraduate writing requirement, but few have a computer science requirement, even though an understanding of coding is just as vital in our modern society. At Duke, I think all undergraduates should be required to complete a three-course core in computer science analogous to its existing three-course requirement in writing.

My hope is that, by requiring all undergraduates to learn to code, software engineering will be treated less as a pre-professional track turning high-performing students into code monkeys and tech bros and more as a necessary tool that, like writing, can be used to further every discipline.

Best case, students who study computer science as a fallback will be encouraged to explore other interests, with the security of a core curriculum that provides a highly employable skill. Best case, the computer science major will be less saturated with half-hearted students. Best case, students in the humanities will gain computer literacy skills, and the next generation of powerful people will understand how technology affects everything from global economies to race relations. Worst case, I have just grossly overestimated the value of computer science.

I say this because I see how studying computer science and English together has influenced my understanding of the world in significant ways. Although it sometimes seems untenable, I have to believe that it’s possible to learn deeply and also make money. College should not exist just as a means to find employment. Gaining core employable skills to rely on post-graduation, however, will enable students to take courses in fields where they are genuinely passionate. I suspect that this interdisciplinary teaching will be the key to a thriving modern world, and might be key to preserving the value of a liberal arts education.

Alice Dai is a senior in English and electrical and computer engineering at Duke University.