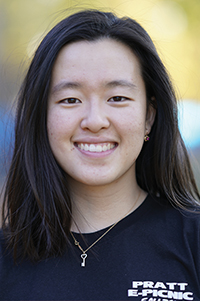 An internship reveals that a majority-male workplace can both be welcoming and contain blind spots.

I got an internship at Apple last summer. Soon after I got my offer, I found out about an undergraduate fellowship for women in tech called Duke Technology Scholars, or DTech for short. Women in the program live together and intern at companies in the Bay Area, empowering them to pursue careers in technology. This summer, there were 40 students in six houses; I lived with nine of them. We hadn’t known each other back at Duke. We ran in different social circles and grew up in different parts of the world. Were it not for this program, I don’t think we’d be friends.

When the summer started, most of us were nervous about our internships. Maybe it’s because we were college kids working with experienced engineers. Maybe it’s because we were women. It’s hard to identify the root of our collective nervousness. But what made the program special was actually mundane. Most days we’d come home from work, sit at the dining table, and talk about our day. These conversations weren’t particularly groundbreaking, but they often trailed into big discussions about gender in the workplace, corporate culture, the meaning of life.

I thought about the ways that women-only spaces helped me this summer. I got my internship through Grace Hopper, a conference for women in computing. But honoring diversity means defining people by more than their diversity markers. It’s offensive to be considered a diversity hire; it’s always been too easy for me to reduce my accomplishments to luck or circumstance. The real challenge is in recognizing the depth of perspective we can offer. For minorities, the work starts within ourselves and permeates outward—by thinking of ourselves as more than our race or gender.

Back in the office, the C-suite at Apple is almost exclusively white men. I worked with a team of mostly men. Yet, naming the gender makeup of a space doesn’t quite paint the picture I want it to; it’s easy criticism and not particularly nuanced. More details: My boss was a woman. The men I worked with were some of the friendliest and smartest people I’ve been around. I felt welcomed in a space that, by the numbers, wasn’t particularly diverse. It’s wrong to assume a room filled with one kind of person is inherently bad, but it’s true that those spaces always have their blind spots.

I’d like to think that my age and gender added a new energy and point of view alongside the more experienced male engineers I worked with. In return, they taught me to be a better engineer. By the end of summer, I realized that all the internalized anxieties I had about working had disappeared. I learned how to be more confident in my own technical abilities. Then, when I’d go home after work and join the women in my house, it was surreal to zoom out and see how much confidence we had all gained as we made progress.

Although the sincerity of diversity hiring is sometimes questionable, the second-best option is to hire deliberately and hope that when we fill the room with the right people, a more inclusive culture will follow step. DTech not only recruits female students but is also led by two female directors, and the faculty advisor is a black female engineering professor. I learned this summer that the secret to “real” diversity is that it can’t be forced but it can be nurtured.

I look around at the women in my house, and all of us are either white or Asian. We’re all software engineers making what might be too much money for one college summer. And we all go to Duke, where 69 percent of the student body is in the top 20 percent income bracket and some of the most popular post-graduate paths are management consulting, investment banking, and software engineering. Even within programs like DTech, diversity is not fixed. The journey is a slow one, and the power of the story is in the details.

Alice Dai is a senior in English and electrical and computer engineering at Duke University.