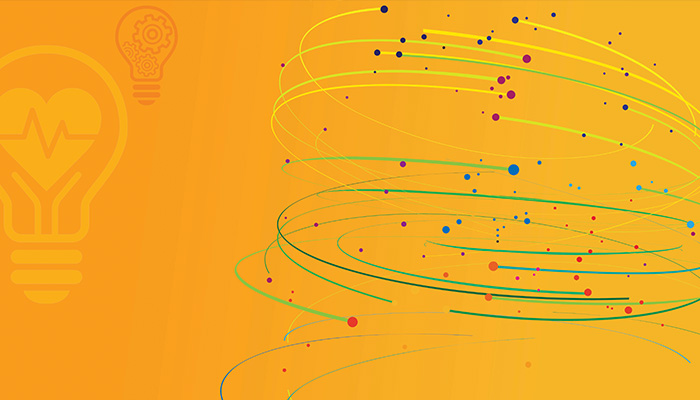 To the already high hurdles in front of medical-device start-ups, add one more: Products must be cost-effective.

What Paul Yock doesn’t understand about inventing and commercializing medical devices probably isn’t worth knowing. On his own, he’s successfully brought to market four devices, including Rapid Exchange, the world’s most popular balloon angioplasty system for treating clogged coronary arteries. And for the past 15 years Yock, a professor of medicine and mechanical engineering, has co-directed Stanford University’s Byers Center for Biodesign, a medical technology invention program for students that’s so far helped launch 41 start-ups.

So his assessment of the current environment for bringing devices to market is sobering: “It used to be challenging to get from the lab to patient care,” Yock says. “But now it’s pretty daunting.”
Why’s that? Because of pressure to rein in spiraling medical costs.

For years, engineering academics who ventured into medical-device design and wanted to commercialize their inventions certainly faced high hurdles. These included a steep learning curve in gaining business acumen, determining whether there was a market for a device, a lengthy regulatory approval process, and difficulty in raising enough cash. But as recently as five years ago, if a device was effective, had a market, and won U.S. Food and Drug Administration approval, the sequence of federal research grants, investor financing, and the marketplace usually paid for it.

No longer. For a device to succeed today, it must be cheaper to use than already approved options, or at the very least, cost no more. “The fire engine in the room is reimbursement for technology. It won’t fly if there is not good evidence of its cost-effectiveness. It’s a whole new ballgame,” Yock says. And, he admits, “It’s fair to say that any of the devices I have been involved with would have struggled with this issue.” Overseas markets, where the industry was seeing most growth, “had always been relatively cost-sensitive” but were making bigger efforts to rein in costs, he says. In the United States, the 2010 Affordable Care Act focused greater attention to cost controls across all payers, Yock says, creating “huge pressure” to ensure new medical technologies were cost-effective. “There are, of course, people who would point out that not all new technologies are actually improvements, once they have stood the test of time. But I would certainly argue that a strong majority do actually represent advances,” Yock adds.

There are no reliable numbers for how many medical-device start-ups fail, but some National Science Foundation statistics indicate that success rates for its Small Business Innovation Research (SBIR) Phase II grants aren’t terribly high. Then again, they’re aimed at “high risk” inventions that could generate “high rewards” if they do succeed. NSF says that between July 2005 and June 2011, it awarded 1,500 Phase II grants and just 32 percent were “fully successful” six years later, meaning they had at least $1 million in revenues. However, of the 180 recipients of its SBIR Phase IIB grants during that same period, the success rate jumped to a more impressive 65 percent—around 117 start-ups in total. Phase IIB grants provide additional funding of 50 cents to every dollar of private funding Phase II recipients receive, up to a maximum of $500,000. The National Institutes of Health, citing statistics from a recent National Academies study of its SBIR/Small Business Technology Transfer (STTR) programs, reports that 75 percent of its Phase II recipients—all biomedical companies—have or expect to have sales. And of those, 27 percent have sales or licensing revenues of more than $1 million. Neither agency categorizes its grant portfolio, so these figures are for total grant recipients; how many of them involved only medical devices is unknown.
A big reason in the past for failures was that too many devices, gee-whiz technology notwithstanding, didn’t actually have a market. They fixed problems that either didn’t exist or weren’t particularly bothersome. Also, their inventors may have had little understanding of the marketplace. To help bridge the knowledge gap, NSF in 2011 launched its popular I-Corps program (Prism, December 2014), a business boot camp for academics seeking to commercialize their discoveries and inventions.

One graduate of I-Corps is Shorya Awtar, an associate professor of mechanical engineering at the University of Michigan. In 2005, he got the idea that he could design a better, more naturally controlled mechanical instrument for doctors who do minimally invasive, or laparoscopic, surgery. But it was two years later, after he joined Michigan as an academic, that he began to work on the idea. In 2010, after his I-Corps training—which convinced him that his first product, a needle-driver used for internal stitching, had a potentially huge market—he launched the first iteration of FlexDex Surgical. Awtar, who has raised more than $5 million from NSF grants and investors, envisions business worth at least $500 million in the United States alone. He says it could grow exponentially once the device can accommodate a whole suite of surgical and imaging tools—from dissectors to endoscopes.

Determining that a market exists isn’t always enough. A team needs to raise enough cash to see a project through the approval phase. That’s why Adrienne Minerick ended up in I-Corps twice. Minerick, a professor of chemical engineering at Michigan Technological University (and former ASEE board member), is a co-founder of Microdevice Engineering (MDE), a spinoff, which developed a portable, battery-operated blood-typing device that works at bedside and delivers results in 5 minutes—25 minutes faster than current methods. Minerick’s team came out of its first I-Corps training convinced MDE had a market, but they were unable to raise enough money to see it through the FDA process.

So Minerick took MDE back to I-Corps for a second go-round with a new, more seasoned CEO, and the second time was a charm. Minerick’s team found there were enough other potential customers to greatly expand its market, thanks in part to a recommendation by the standard-setting American Association of Blood Banks that hospitals conduct a bedside blood-type verification right before a transfusion. As of late August, MDE was on the cusp of exceeding $1 million in cash. It had won one Small Business Technology Transfer (STTR) grant from NSF and was expecting to soon gain a STTR Phase II grant of $750,000.

“Most start-ups fail because of lack of money,” says Barry Johnson, head of NSF’s division of industrial innovation and partnerships. That’s particularly true for medical-device companies, which may face a lengthy FDA approval process. “The nature of the space is it’s highly regulated and there are long lead times to commercialization,” which can burn through a spinoff’s resources, explains Phil Weilerstein, president of VentureWell, a nonprofit that provides grants to college faculty and students who are trying to bring innovations to market.

“Raising money, this is always the issue. We are talking to potential investors all the time,” says Faquir Jain, professor of electrical and computer engineering at the University of Connecticut. He cofounded Biorasis, which is trying to market Glucowizzard, a wireless, supertiny monitor that, once implanted beneath the skin by a hypodermic needle, can continuously track glucose levels for at least three months. So far, Jain’s team has raised around $12 million, mainly from federal sources, including NSF SBIR grants and awards from the U.S. Army and the National Institutes of Health. But now that the device has successfully been tested on pigs, the team needs to raise more cash to see it through three years of human trials.

Inventors who come up with a unique, cutting-edge device may have the most challenging route of all to regulatory approval. An entirely new device will likely take more time and money to prove it’s safe. “A lot of regulatory requirements are low if you have something similar to what’s already been approved,” Weilerstein says. That’s because the FDA has what’s called the 510K pathway—named after the relevant paragraph in the regulation—that lets inventors claim their device is related to something already approved for patients. “The majority of devices are OK’d by that pathway,” Yock says.

MDE’s blood-typer is using two benchmarks: existing hemoglobin devices and paper-based blood-typers, and Minerick’s team hopes the FDA will agree that the device is building on them. Biorasis’s Glucowizzard is also using the 510K route. It’s coated with a steroid gel—already OK’d for other human uses—to keep the body from rejecting it once it’s implanted, Jain says. FlexDex’s needle-driver is a Class 1 device, not unlike surgical scissors or swabs, which doesn’t require regulatory approval. FlexDex needed only to register the device with the FDA.

Determining how cost-efficient a device is can prove tricky, Yock says, because clinical trials often don’t provide much data on costs. That’s one reason why it’s such a high hurdle. Additionally, first uses of devices in trials are typically not refined, so a device can appear to be more expensive to use than it really is. Moreover, he adds, “economic analysis is a field and skill set that most engineers don’t have.”

Awtar, however, is nonetheless convinced that one of his laparoscopic surgical device’s main selling points is affordability. Retailing for less than $1,000, it’s priced similarly to other mechanical needle-drivers on the market. But those models are difficult for surgeons to use because they don’t mimic the natural movements of the operator’s wrist, and they require specialized training to master a “completely unnatural” movement, he says. The difficulty of using the mechanical devices led to the invention and widespread use of robotic laparoscopic devices that surgeons control with a joystick. But, Awtar says, the robotic devices are very expensive, around $2 million, plus roughly $2,000 in costs for each procedure, and they can cost an additional $200,000 a year to program and maintain. “I saw it [a robotic device] and thought to myself, ‘I can do it for lower cost,’” he says. The final design of his mechancial device is, he says, “highly ergonomic,” as well as simple to learn and use. “It’s disruptive technology.”

Jain, likewise, maintains that the Glucowizzard won’t cost any more than current monitors. “Potentially, it is a very inexpensive device. Everything is microelectronics, so they are easy to mass produce.” The biosensor, which is about the size of a grain of rice, is powered by flashes of light sent by a watch-like wristband worn by the user. Optics send data it collects back to the wrist device or to a smartphone. And because it can sound an alarm when a user’s glucose starts to fall to dangerous levels, it could greatly reduce the number of diabetics needing emergency hospital treatment, which could also be a money-saver. Minerick says MDE’s blood-typer shouldn’t cost more than existing mandatory equipment that blood banks and hospitals have to use to screen donors and patients, and it adds value because it produces two tests in one within minutes.

Over the years, start-ups have been the source of almost all innovation in healthcare technology, Yock says, because “big companies are not that innovative—they don’t develop new products, just iterations.” While some academics would be happy to bypass the start-up phase and license their inventions, few major device makers are interested because of the further research-and-development required to bring a product to market. Instead of conducting R&D, manufacturers tend to acquire start-ups once they’ve shown commercial promise.

Awtar started FlexDex in frustration when he couldn’t entice any medical device companies to license his design. For now, he’s focused on realizing FlexDex’s “huge growth opportunity,” and not on any future acquisition bid. Jain says he and his co-founders are open to forming partnerships, but have no plans to sell Biorasis. As for MDE, Minerick says she’s not necessarily opposed to an acquisition, especially as she has recently taken on new duties as the associate dean for research and innovation at Michigan Tech, but she’s not counting on that happening, either. “We have to be in the mind-set to stand on our own, because you can’t guarantee you’ll be acquired.” One thing she sounds certain of is the product: “I just want to see it change the world.”