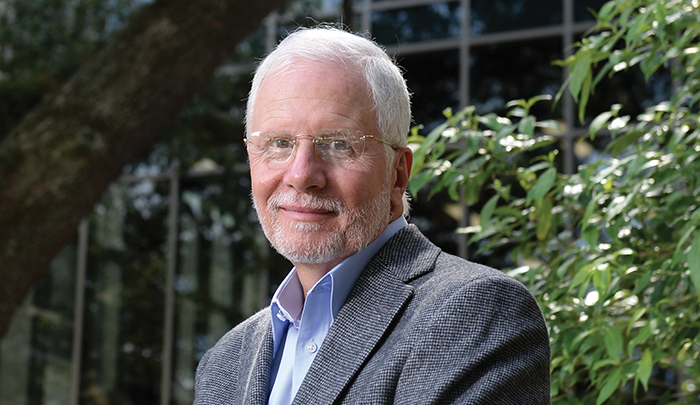 ASEE’s president draws a lesson from the post-Katrina revival at Tulane: Play to your strengths.

Imagine: You’re a dean of engineering, and your city has suffered the worst natural catastrophe in American history. The campus is trashed, with more than $500 million in damage. The entire semester is canceled. All your students have to find alternative schools to attend. And then, less than two months before the university is scheduled to reopen, the board of administrators issues a report with sweeping recommendations. One of them: Shut down your school.

This is what Nicholas Altiero faced at Tulane University in the wake of Hurricane Katrina in the fall of 2005. Nearly 10 years later, he looks back on the experience as both the most challenging of his career and one that eventually offered a better educational opportunity for his students. Forced by circumstance to perform triage on its programs, Tulane ended up dropping three engineering departments and merging its engineering and science schools into one, headed by Altiero. The result, he says, is “a STEM school” that capitalizes on the growing connection between engineering and science disciplines. “The students seem to love it. It’s amazing how many students are double majors in both science and engineering.”

The outcome holds lessons for Altiero’s 2014-15 term as president of ASEE: “One of the important things I’ve learned here as a result of Katrina is focus — the importance of knowing who you are, picking a modest number of things that you are really good at, and focusing on those things instead of doing things that others are [doing] better.” In his view, ASEE’s focus should be its unique role in engineering education.

Born in Niles, Ohio in 1947, Altiero is the grandson of immigrants who fled poverty in Italy at the turn of the 20th century and settled in the Steel Valley. One of his grandfathers opened a successful shoe repair shop; the other worked on the railroad. Altiero’s father – the first in his family to go to college – was a dentist, and his mother an elementary-school teacher.

At the University of Notre Dame, an adviser figured out that Altiero was better suited to engineering and urged him to switch out of mathematics. “My interest in math was more centered on solving problems than math for its own sake,” Altiero recalls. He opted for aerospace. “It was the late 1960s, the time of Apollo, and there was a lot of interest in aerospace engineering. In fact, I graduated in 1969, the year [Neil] Armstrong and [Edwin “Buzz”] Aldrin landed on the moon. There were a lot of aerospace engineering majors at the time.”

A course in his senior year sparked interest in computation. It was an aerospace structures course that focused on finite element analysis of stresses and deformations in aircraft and space vehicles. “Of course our computer was a big, clunky IBM 360 and our programs were in boxes of punch cards, but I thought that was the coolest thing I had ever seen. None of us knew much about computers; we were still using slide rules. I was hooked.” To pursue it further, he enrolled in a Ph.D. program in aerospace engineering at the University of Michigan. His dissertation on computational techniques for fracture mechanics led to a postdoc that included a stint at a mining research center in Minnesota working on a computer model for hydraulic fracturing — or fracking — of shale rock for oil recovery. Forty years later, an advanced version of this technique would transform the domestic U.S. energy industry. By the time he earned his doctorate, Altiero had decided to seek a career in academia. “I guess after four years in South Bend and six years in Ann Arbor I figured I pretty much liked university life,” he says with a chuckle. He had already shown he could teach, drawing consistently high evaluation reports as a TA. “One of the hardest things about teaching is you already know the materials and you have to put yourself in the place of someone just learning it and explain it in their terms — not in the terms of someone who has taught it 30 times.”

Hired by Michigan State University to teach applied mechanics, Altiero rose through the ranks to full professor. “It never occurred to me to go into administration,” he recalls. “I was perfectly happy being a professor. But the dean of engineering said my name had come up in discussion and he wondered whether I would be interested. I thought he was crazy for asking. I was a funny-looking person to be an associate dean: I had shoulder-length hair, and I wore jeans and old work shirts. I don’t know how it got into his head, but I took the job and I loved it.”

He adds, “I like being able to make a difference and to move things forward. I take real delight in the success of my colleagues. I think that’s essential for a dean or a chair of a department. Professors are really smart people. Most of my colleagues are capable of accomplishing a lot more than I ever could, so by enabling them I can accomplish a lot more, too.”

After 25 years at Michigan State, Altiero was recruited by Tulane as dean of engineering. Five years later, he was reappointed. Then Hurricane Katrina hit, flooding 80 percent of the Uptown Tulane campus. Altiero and his wife, Amy, joined the mass evacuation, hunkering down in a hotel in Arkansas. As Tulane shut down for the first time since the Civil War, President Scott Cowen skillfully used connections at the American Association of Universities and other organizations to find temporary academic homes – 492 in all – for 13,200 stranded students. Altiero says, “We have a big quilt in our student union building with a patch for each of the schools Tulane students attended. It takes your breath away.” Cowen also came up with an idea that Altiero said literally saved the university: The students would continue to pay their regular tuition fees at Tulane while they were studying elsewhere. “That kept the revenue flow coming to us in the fall semester, which kept us alive.”

Altiero returned to campus in late September, just as the last floodwater was being pumped out. The idea of reopening in January seemed wildly optimistic. But all involved recognized, he says, “that we had to get it opened by then. Otherwise, the university would have probably never opened again.”

The renewal plan called for eliminating the three undersize engineering departments, splitting the arts and science faculty to create a new school of liberal arts, and combining science with the remaining engineering departments within a new school of science and engineering. Cowen called Altiero into his office and said that the board wanted to offer him the inaugural deanship of the new school. “I said, ‘Scott, you know if I take the job I’ll want to rebuild engineering.’ And he said, ‘That’s good. Just don’t rebuild it the way it was; rebuild it to something that is competitive. We believe that the best way to do that is to combine science and engineering and have them feed off each other in a very synergistic way. As long as you can go with that, the rest is up to you.’”

Altiero accepted. The next academic year, 2006-07, was one of pain and exhilaration. He had to phase out three engineering departments and deal with faculty who were angry — “and rightfully so” — that their jobs were going to disappear. He also took “a blank canvas on which to paint a new school” and prepared a strategy for merging science and engineering. Cowen says Altiero ended up creating a veritable masterpiece. “Nick took this new vision and gave it depth and meaning. It was his credibility that was on the line. There were a lot of people upset about what we were doing. Nick weathered all that and took a lot of naysayers and made them believers, and turned those believers into strong supporters for the school.” He adds, “He’s an incredible dean with a great vision, a tremendous energy, and the kind of personality that attracts people to work with him and for him to build a school. In the end, we’re better positioned for the 21st century than we were before.”

“I’m amazed he came out of it alive,” ASEE’s immediate past president, Ken Galloway, says of Altiero’s achievement. “He had to deal with alumni, students, faculty. He had to close down some of his own departments.” Galloway also points to Altiero’s successful efforts to keep every one of the endowed funds that had been targeted to departments that had been eliminated and have them redirected to the new school. “You should not in any way minimize how hard all of this was to do. I’m sure glad I never faced anything like that myself.”

In recent years, Altiero has added two new departments: engineering physics —“really materials engineering,” which is now ABET accredited — and computer science. Both are closely linked with scientific disciplines: The engineering physics program is completely integrated with the material sciences in physics, and the computer science program is intertwined with mathematics and the computational sciences. Meanwhile, biomedical engineering, which Altiero says is thriving as never before, is tightly connected with molecular biology and Tulane’s medical school, while chemical engineering has strengthened its already close ties with chemistry. “It’s hard in our school to see where science leaves off and engineering begins. It’s a STEM school, that’s what it is.”

Altiero says many people wondered whether science and engineering could work together. “Could it be a continuum rather than science at one end and engineering at the other? I think we’ve succeeded in doing that.” He adds, “I do believe that engineering is being driven by science more than ever before. If you look at the National Academy of Engineering’s Grand Challenges, they depend on scientific breakthroughs that haven’t been made yet. Traditionally engineers have drawn on science, but there has been a gap between a scientific breakthrough and its engineering application. If we’re going to be competitive, we need to drive down the lag between the two, and having an integrated science and engineering school is a great laboratory for that very thing. There’s something about having scientists and engineers sharing the same office space and coffee shops and talking to each other about what they do that is the way we need to go. I’m not saying people cannot collaborate if they aren’t part of the same school, but it certainly seems to make it a lot easier.”

His experiences at Tulane will, Altiero believes, affect his term as ASEE president as well. He recalls a public policy workshop in the spring of 2014 sponsored by 50 engineering societies. On the wall were the logos of the sponsoring societies, and all had “engineering” in them. But only one had education in it. “ASEE is the society for engineering education,” he says emphatically. “So what I would like to do is take that simple thought and focus on four or five of the most important areas to concentrate on to support and improve engineering education. That includes how engineering fits into the STEM disciplines. What is engineering outside of one letter in that acronym?”

He adds, “More and more K-12 classes are introducing engineering into their curriculum. At one level, I think that’s great to inspire young people to learn more about engineering and see the relationship between science and engineering. Still, as members of ASEE, we should be playing a major role in exactly what that is and what that means.”