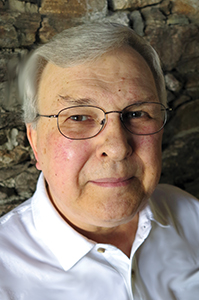 As institutions shutter, are engineering schools at risk?

Eight years ago, Harvard Business School professor Clayton Christensen predicted that by the year 2025 half of the 4,000 degree-granting institutions in the United States would cease to exist. Early last year, liberal arts colleges appeared to be trending toward that end and, according to the Chronicle of Higher Education, other prognosticators were expecting the rate of permanent closings to accelerate. Must engineering schools follow suit?

Christensen’s claim was based on the idea of “disruptive innovation,” a concept introduced in his 1997 book The Innovator’s Dilemma. This disruption is the process by which something more readily accessible and less expensive drives out traditional products and services. The widespread use of distance learning during the COVID-19 crisis has demonstrated an alternative to the long-standing educational model of live lectures in brick-and-mortar venues.

Nan Keohane, Duke University president from 1993 to 2004, once likened the university to a corporation, but after faculty members—mostly in the arts and humanities—objected, she seldom repeated the characterization openly on campus. Still, institutions of higher learning do compete in more than the marketplace of ideas. They have physical plants, employees, and customers who pay for an end product. When that product becomes priced below the cost of producing it, something has to give. Christensen identified bankruptcy as the principal reason colleges would be forced to close.

Since 2016, almost 70 U.S. colleges have shut down or merged, sometimes with little or no public warning. Last year MacMurray College (my wife’s alma mater) announced via e-mail in late March that the school would close for good at the end of the semester. The trustees saw “no viable financial path forward amid declining enrollments, rising competitive costs, and an insufficient endowment.” For over a year, MacMurray had been seeking a solution to its financial problems, but the anticipated double whammy of the pandemic and the accompanying economic disruption drove the decision to abandon hope for a better year ahead. According to a model developed by the college financial planning startup Edmit, as of last May one-third of private four-year colleges were at financial risk.

For some time, one of the contributors to financial difficulty has been demographic shifts. To be competitive in attracting students from a reduced pool of high-school graduates, colleges went into debt providing dormitories with luxurious amenities, such as pickup-and-delivery laundry service. Some schools increased their course offerings and introduced attractive new majors—for example, electronic game development. The attendant hiring initiatives further exacerbated budget woes. At the same time, revenue-negative academic programs were cut and faculty members tempted with early retirement packages.

Engineering schools and departments have never been immune to budget and other pressures. Civil engineering at Duke was in jeopardy in the early 1980s, when it had few majors and little sponsored research. At the time, one of my colleagues in biomedical engineering claimed the civil discipline was a dead field and the department should be closed, with its financial resources distributed among the school’s more modern programs. Two factors forestalled this. One was the dean’s support for adding “environmental engineering” to the department’s name at a time when young people were becoming increasingly attuned to global ecological issues; the other was, as the dean knew, that virtually all major donors to the school of engineering continued to be civil engineers. Today, the department is thriving, thanks largely to its environmental engineering faculty members obtaining large research grants and their success in attracting students.

In recent years, engineering generally has been doing relatively well. Generous donors from finance and high technology have endowed professorships, departments, and whole schools, thus providing a budgetary buffer against disruptive forces. Furthermore, because the hands-on laboratory experience is essential to engineering education, the likelihood of all classes going fully online is small. And because engineering schools eschew the showy for the practical, they are not likely to build themselves into unmanageable debt. A newly opened engineering dormitory at Arizona State University, for instance, incorporates laboratory space that will make hands-on learning readily accessible to its residents, even during a campus lockdown.

The pandemic has made all academic institutions respond more nimbly to a crisis. And the lingering disruption seems to be motivating more young people to pursue college degrees, as evidenced by unexpectedly high numbers of applicants for the Class of 2025. Such factors may well forestall the trend toward college closures that Christensen and other doomsayers were predicting.