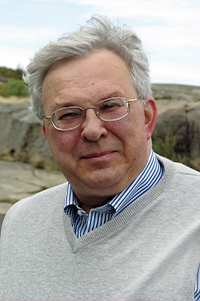 Engineering failures like the Champlain Towers collapse result in tragedy and speculation about causes. But the most important lessons apply across incidents.

Late in June, as search and rescue teams sifted through the mounds of crushed concrete and twisted steel that had been the Champlain Towers South condominium building in Surfside, Fla., engineers were poring over building plans and speculating about what caused the spontaneous collapse. It is what happens in the wake of a tragic structural failure.

There were 55 condo units in the wing of the tower that fell in the middle of the night and crushed to death almost 100 occupants. This was not the first reinforced-concrete structure in South Florida to fail spontaneously. In 1974, a federal building in downtown Miami collapsed without warning, killing seven people and injuring 16 more. The cause of that failure was traced to the presence of salts in the concrete that, when combined with the prevailing humid environment, accelerated corrosion of the embedded steel reinforcing bars. When this condition was recognized as a common problem, some area counties instituted a recertification program requiring the inspection of a building when it reaches 40 years old, with reinspection every 10 years thereafter.

One of those counties is Miami-Dade, in which Champlain Towers South was located. The structure was completed in 1981; in 2018, in anticipation of its upcoming recertification deadline, it had undergone an inspection. The engineering consultant responsible for that evaluation wrote in his report that he found in the underground parking garage “major structural damage” in the form of cracked and crumbling concrete that needed “to be repaired in a timely fashion.” The estimated cost to do so was $9 million, to be prorated among the owners.

Not surprisingly, when the issue came before the governing condo association board, heated debate ensued about how to proceed. The engineer’s stern warning was contradicted by Surfside’s chief building official, who assured Champlain Towers South owners that their building was “in very good shape.” Two years of indecision followed, during which the structural deterioration worsened, and the estimated cost to deal with corrosion, waterproofing, and drainage problems climbed toward $15 million. Some condo owners faced a special reassessment in the six figures range. Shortly after remediation work finally began, disaster struck.

The immediate wake of the collapse brought much speculation about the physical cause of the failure. Among the proposals were uneven settlement, sinkholes, and disturbances from nearby construction. But there is seldom a single isolated cause of a failure; contributing factors tend to abound. Engineers interviewed by the news media could only offer their best guesses as to what happened; a definitive statement will come only following the official investigation initiated by the National Institute of Standards and Technology (NIST), the same agency that studied the 2001 collapse of New York’s Twin Towers after terrorists attacked them with airplanes. In that case, each impact initiated a sequence of failure events that collectively contributed to the eventual “pancaking” of the tower floors into a pile of rubble. Eyewitness accounts and video of the condominium’s collapse strongly suggest a similar concatenation of causes.

It will likely be months, if not longer, before NIST releases an official final report. In the meantime, speculation will likely continue. It would behoove engineers and engineering educators to step back from this single case to consider the larger lessons a failure like this holds. What happened in Surfside, Fla., in June is but another example of what has happened in countless historical cases of structural failure.

Details matter, of course, but it is seldom the case that a specific failure mirrors in every detail any particular prior one. Lessons learned and taught should not focus solely on the physical minutiae of a failure; they should emphasize the overarching cultural and methodological milieux in which the structure was designed, constructed, and maintained. An enduring memorial to the victims of Surfside could be highlighting that the collapse was due to more than such tangible factors as concrete and steel in a corrosive environment. The ultimate cause was, in fact, a failure of the governing structure to which the safety of such a building and its inhabitants was entrusted.