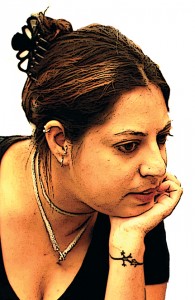 For the past two decades or so, educators and others have been working to address the underrepresentation of women and some minorities in engineering and STEM fields in general. Olin College of Engineering, where I’m on the faculty, has been committed to a gender-balanced student body since the first class entered in 2002. This year, it’s 50.1 percent female.

When we started, we thought that we had “solved” the gender problem in engineering — that we had created a place and a culture where women had the same academic experience as their male counterparts. But fairly early on, it became quite clear that this was not the case; the experience of our female students was markedly different from that of their male counterparts. One place where this was apparent was in the kinds of activities our students undertook in our first-year engineering design course. In a team project, men were more likely to do ”engineering” tasks (like CAD or building prototypes), and women were more likely to prepare for presentations or coordinate team members. When our students saw the data, they quickly recognized something was wrong. As one woman put it: “I didn’t come to Olin to make the coffee.” Our female students reported a number of other ways that their experiences differed from those of their male counterparts, including a widespread sense that the women were “not as smart” as the men. These reports prompted me and a number of my colleagues to begin our research on gender and the engineering student experience.

Overt sexism and discrimination are, of course, illegal at most institutions. But women in engineering are told, in a host of small and subtle ways, that engineering is not for them. We see the effects of this in lower self-efficacy, higher dropout rates, and lower satisfaction in engineering. A vocabulary has developed that allows us to describe and research these effects: privilege, gender schemas, micro-messaging. It allows us to realize that we all have unconscious biases, inculcated in us via a culture that perpetuates them so effectively that they are almost invisible.

If you are interested in probing your own biases, a good place to start is by taking the gender-science test offered by Harvard’s Project Implicit (implicit.harvard.edu). Becoming aware of one’s biases can be a startling (and sometimes life-altering) experience. As engineers, we pride ourselves on our rationality; we think we can make sensible, logical decisions. Becoming aware of our cognitive biases sometimes feels like a hacker has penetrated our mental operating system and is shaping our behavior without our knowledge or consent.

The next step, of course, is thinking about how to incorporate this knowledge of ourselves and the research into our teaching. Terry Johnson, at the University of California, Berkeley, has begun to compile interventions that have been shown to improve educational outcomes for women and underrepresented minorities (www.terrydjohnson.com/teaching).

In the case of our first-year engineering course, we now share the data showing gender differences with students as they start their projects, and ask them to think about why they believe those disparities occurred. We then ask them to consider and articulate what they want to do and learn during the project and, together with their teammates, to create a plan that addresses each student’s learning goals as they work to build their prototypes. Our data suggest this is reducing the gendered task orientation.

It’s not a coincidence that the action that we took to improve the learning experience for women turned out to be beneficial for all our students. Initiatives that are responsive to the experiences of members of a particular group often end up benefiting everyone, from parental leave policies to curb cuts. Programs that encourage more women and underrepresented minorities to go into STEM fields are needed. But we also need to do our best, both as educators and as a larger community, to create an environment that is welcoming and supportive, and that’s a project we can all be involved in.

Debbie Chachra is an associate professor of materials science at Olin College. She can be reached at debbie.chachra@olin.edu or on Twitter as @debcha.