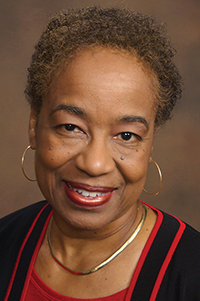 Striving for innovations, we too often fail to consider their impact on people and society.

Since 2017, the National Science Foundation has reframed its research agenda around themes that better communicate the agency’s activities and investments to the general public. As explained by Dawn Tilbury, NSF’s assistant director for engineering: “Instead of telling people we are doing research in engineering, biology, and behavioral sciences, we can frame activities around more general societal challenges such as harnessing the data revolution, or defining the future of work at the human-technology frontier.”

One of NSF’s Ten Big Ideas, Growing Convergence Research, focuses on compelling but vexing challenges that arise from today’s pressing societal needs. Many of the current national challenges such as clean water, energy, and personalized medicine become more approachable in the convergent paradigm because the teaming concept reaches beyond STEM disciplines to include a broader class of stakeholders with different perspectives. Stakeholders are defined as those who are affected—positively or negatively—by innovations that attempt to meet these challenges.

NSF defines convergence research as the merging of ideas, approaches, and technologies from widely diverse fields of knowledge to stimulate innovation and discovery. It entails integrating knowledge, methods, and expertise from different disciplines and forming novel frameworks to catalyze scientific discovery and innovation. Of the forms of research that span multiple disciplines—interdisciplinary, multidisciplinary, and transdisciplinary—convergence research is closest to transdisciplinarity, which has historically been viewed as the pinnacle of evolutionary integration across disciplines. However, the convergence concept is more complex than simply deepening the interaction among collaborators in disparate STEM fields; it must also account for the impact on human beings from how the technology is applied.

For example, one surprising fact noted during an NSF-sponsored workshop, “Engineering a Better Future,” was that “the train journey from Paris to Moscow took less time around 1900 than today.” Given the significant enhancements to the speed and efficiency of railway technology between 1900 and 2020, there is an unspoken expectation that the latest technological innovations will always be automatically applied. We tend to think that progress should be linear with time. In this case, improvements in transit design came up against political obstacles, economic conditions, social norms, and other societal preferences. From the perspective of this broader-use context, “progress” is not always measured nor guaranteed by simply implementing the latest, most efficient technologies. Instead, technological innovations must be viewed in the context of their net impact before a judgment on “progress” can be made. How one defines and measures progress is another matter, especially when complex and unpredictable human factors are considered.

Sadly, changes wrought by technological innovations are not automatically synonymous with progress. Because we are not used to anticipating and measuring the full impact of technologies when they are deployed, it is not unusual for decades to pass before there is acknowledgment of any negative impacts. Polyethylene (used in everything from soft drink bottles to storage containers and grocery bags) is a perfect example. Since its introduction in 1936, polyethylene has had a revolutionary impact on cost and convenience in an ever-widening line of applications. But by 2020, the problems arising from nonbiodegradable plastic waste have become so prolific that 127 countries regulate the use of plastic bags and 27 countries explicitly ban single-use plastics (plates, cups, straws, or packaging). Even al-Shabaab, the notorious Somali terrorist group, bans the use of plastic bags in the areas they control because, in their words, it is “a serious threat to the well-being of humans and animals.”

Ideally, the unintended consequences of new technological innovations should not have to devolve to the point where terrorists start banning them before they are seriously addressed. An important aspect of the convergence paradigm is the engagement of all key stakeholders early in the process of developing and deploying innovations. As Thomas Friedman, the author and columnist, writes, “Today, more than ever, the traditional boundaries between politics, culture, technology, finance, national security, and ecology are disappearing. You often cannot explain one without referring to the others, and you cannot explain the whole without reference to them all.”

By conducting the all-stakeholder dialogues early, potential adverse effects can be explored and understood sooner. This lays the groundwork for finding less costly workarounds before full-scale deployment. Thus, NSF’s embrace of the convergence paradigm has great potential for changing the way we deal with unintended consequences of technology and, ultimately, make them less costly.

Deborah Jackson is a program director at the National Science Foundation.