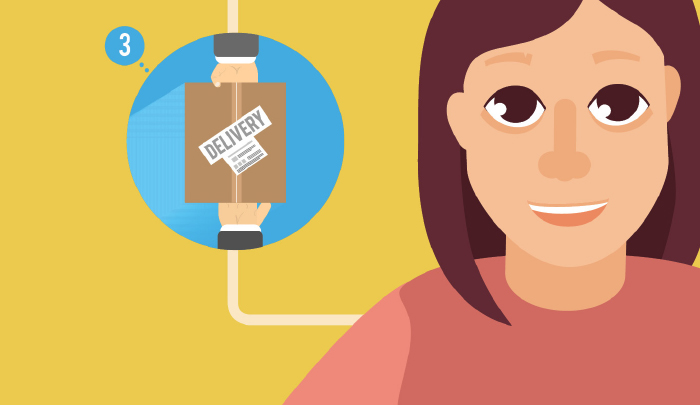 The numbers look scary. Of the 48,999 research proposals it received in fiscal year 2013, the National Science Foundation funded just 10,829, or 22 percent. At the National Institutes of Health, the “success rate” was less than 17 percent. For new faculty members making their first try as a principal investigator (PI), things were more intimidating. At NSF, 17 percent of these proposals got funded; at NIH, fewer than 10 percent. The rates are unlikely to improve much in the near future, with government research funding essentially flat. But strip away the one-third of proposals rejected because they don’t meet basic requirements like deadlines and add to that the ones so badly composed as to insult reviewers, and the picture starts to look brighter. “If you do your job before you submit, things aren’t so bleak,” says Susan Kemnitzer, deputy director of NSF’s Electrical Communications and Cyber Systems Division in the Engineering Directorate.

George Hazelrigg, deputy director of the Civil, Mechanical and Manufacturing Innovation Division of the Engineering Directorate, contends that “fully half the proposals submitted” flagrantly fail to adhere to criteria that are nothing more than common sense. He’s the author of a four-page primer, Twelve Steps to a Winning Research Proposal. Randolph Moses, associate dean of engineering for research at Ohio State University and chair of ASEE’s Engineering Research Council, says well-written, compliant proposals stand a good chance of rejection the first time they’re submitted but tend to fare much better the second or third time around – provided the researcher corrects shortcomings found by program directors and reviewers.

Here, then, are some pointers drawn from Hazelrigg; presentations by Kemnitzer and Moses at the 2014 ASEE conference; an enduring 2002 guide to seeking an NSF CAREER grant by Richard Felder, emeritus professor of chemical engineering at North Carolina State University; and other information from government research agencies.

1. Do some prep work to find the appropriate program for your project. Understand the agency’s research priorities and goals, and figure out what it considers a good proposal. “Get inside the head of the agency,” advises Kemnitzer, whose role includes serving as acting deputy director of the Chemical, Environmental, Biological, and Transport Systems Division. NSF’s Engineering Directorate, for instance, is currently interested in interdisciplinary, cross-cutting themes, like the nexus of food, water, and fuel. Nanotechnology, Big Data, and sustainability remain hot topics. Conference materials published by the Engineering Research Council offer insight into the engineering research needs of a number of science agencies, including those within the Energy Department and military services.

2. If an agency expects a research proposal to contain an educational component – as is the case with NSF Faculty Early Career Development (CAREER) proposals – make it substantive. According to Felder, “The most common mistake I’ve seen is discounting the importance of the education part.” This need not mean designing a whole new project; researchers can partner with education specialists. Beyond intellectual merit, NSF requires proposals to show a “broader impact,” which can include education. Too often, submissions are cursory – “drive-by broader impacts,” NSF Assistant Director for Engineering Pramod Khargonekar calls them.

3. Learn who your competitors are by studying recent research awards in your field. Read up on what’s already been done and by whom. “Remember that research builds on the extant knowledge base,” says Hazelrigg.

4. If you want to pursue research that doesn’t fit a particular request for proposals (RFP), send an email to a program manager to find out if he or she is interested. Do this as well before submitting a CAREER proposal. “NSF program officers expect it. You will find them extremely helpful,” Felder writes.

5. If you’re responding to a program announcement or RFP, read it carefully to grasp exactly what it seeks. “If your research doesn’t fit easily within the scope of topic areas outlined, your chance of success is nil,” Hazelrigg warns.

6. Develop a viable research plan that “lays out step by step the approach to accomplishment of the research objective,” Hazelrigg recommends.

7. The best proposals, suggests a guide by NSF’s Education and Human Resources directorate, “are those to which the reviewers respond, ‘Of course, I wish I had thought of that!’” Beyond a single idea, the research objective needs to be stated clearly early in the proposal – as in the first sentence. Opening paragraphs also should describe “the state of the field and its direction, and how your work is going to propel it to a better place,” Kemnitzer says. She adds: “Reflect – aka think – how your work will impact society” and address a national need.

10. You don’t have to be Hemingway, but your proposal should be clearly written, grammatically correct, spellchecked, and proofread before it is submitted. “Thirtyfive percent [of proposals] would get a D minus from technical-writing folks,” says Kemnitzer. If the funding agency is geared to basic research, avoid the word “develop.” Use active verbs, and map section titles to specific criteria in an RFP, Moses says. Keep the proposal as brief as possible, Hazelrigg suggests, with easily legible fonts: “Take pity on the reviewers.” Avoid abbreviations, and spell out full names on first reference. Be aware that if your proposal is accepted, the abstract will appear on a public website and might be read by, among others, congressional staffers. To avoid misinterpretation, it needs to be understood by laymen.

11. By all means tout your credentials, publications, awards, and experience, but in the appropriate place: your bio. You need not brag within the proposal itself. When you cite the work of others, provide a correct reference.

12. Work on finding collaborators, either within your institution or elsewhere – even overseas. It also helps to show that you found partners in gathering supporting material – for instance, an energy proposal might include data from a utility

13. Budget realistically. Become aware of the size of grants an agency typically provides, and use that as a guide. Be sure to include money to pay graduate students.

14. Get an experienced colleague to review your proposal before submission. After you’ve sent it – in advance of the deadline – email the program manager for confirmation that it’s been received.

15. Finally, volunteer to serve on a review panel. This won’t give your own proposal preferential treatment, but it certainly won’t hurt. And it will expose you to others’ proposals, peer reactions, and the whole process of acceptance and rejection.