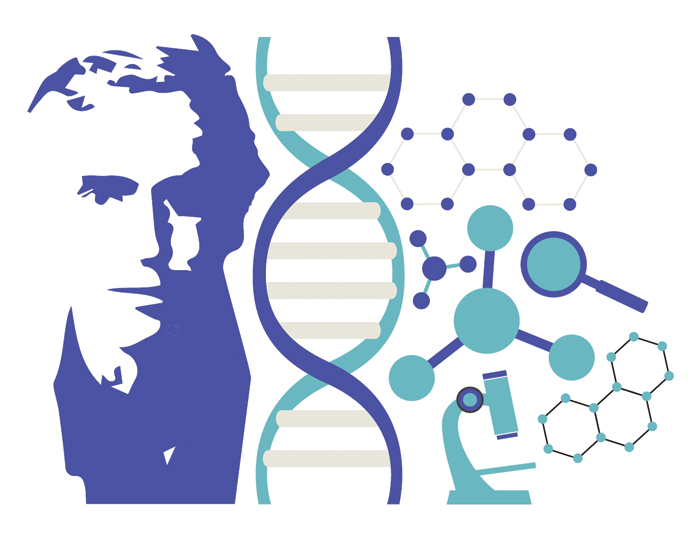 In 1987, Ronald Reagan was president, the Soviet Union still existed, and few people outside Seattle had heard of Starbucks. It was also the last year that any pharmaceutical company released a major new antibiotic. That’s because antibiotics cost billions to develop from scratch and are money-losers for Big Pharma. Meanwhile, because of overuse and misuse of the drugs, disease-causing bacteria are becoming resistant to common antibiotics. Health experts are warning that a looming post-antibiotics era could make even routine operations life-threatening, triggering a health crisis of epidemic proportions.

On the front lines of the battle against the bugs is James J. Collins, a professor of biomedical engineering at Boston University and a pioneering researcher in the burgeoning area of synthetic biology. This new field involves designing biological parts and systems, or redesigning existing biological systems, mainly for healthcare therapies or renewable-energy production. Collins calls it “an evolution of genetic engineering that really does bring engineering into bioengineering.” By that he means it involves the creation of synthetic controls and logic-based systems within genomes. It’s difficult, complicated work that requires “a lot of trial and error.” That’s where systems biology comes in: a top-down approach to figure out how organisms function and how molecular components fit together.

Collins believes his research in synthetic biology and systems biology will lead to ways to reinvigorate existing antibiotics. “Can we make what we have better? That’s really our sweet spot,” he says. It’s also a way to replenish the antibiotic armory that’s cheaper and faster than developing new drugs. In 2012, Collins cofounded EnBiotix, a Boston start-up, which already has a potential winning formula for boosting some antibiotics with the addition of trace amounts of silver. Early tests show that silver “significantly improves their [antibiotics] killing efficiency by 10 to 1,000 fold,” he calculates.

EnBiotix’s research looks at how bacteria respond to antibiotics and how antibiotics act. The use of silver as an antimicrobial agent is as old as ancient Greece. So Collins and his team discovered the mechanisms that silver utilizes to kill bacteria. They found that silver ions cause bacteria cells to produce reactive oxygen species (ROS) molecules that kill bacteria by degrading their outer membrane. Some antibiotics work the same way. The researchers combined the two to see if silver could boost the efficacy of the drugs. And it did.

Back at BU, Collins also heads a team that recently won a $100,000 grant from the Bill and Melinda Gates Foundation to synthesize a probiotic yogurt bacterium that could treat cholera, a disease that kills more than 100,000 people a year.

Collins, 48, brings a formidable résumé to the bacteria wars. A member of the National Academy of Engineering and recipient of a 2003 MacArthur “genius” grant, he’s also a founding faculty member at Harvard College’s Wyss Institute for Biologically Inspired Engineering. He earned his doctorate in medical engineering at Oxford, where he was a Rhodes scholar, after graduating as valedictorian with a degree in physics from the College of the Holy Cross in Worcester, Mass.

Much of his early career was focused on whole-body dynamics. One of his inventions is the battery-powered vibrating insole, which is based on his finding that subtle, random vibrations in insoles stimulate neurons on the bottom of feet, which greatly improves the balance of the elderly and stroke victims. Wyss is now working to commercialize the device. In the late 1990s, Collins segued into synthetic biology at the urging of his department head and dean; they felt it was time for engineers to have an impact in molecular biology.

EnBiotix expects to finish clinical trials of its silver-enhanced antibiotics by mid-2016. But given that more and more large pharmaceutical companies are pulling out of the antibiotics business, finding one to partner with may prove difficult. Nevertheless, Collins is optimistic, because, he says, an increasing number of national governments are stepping into the breach to bring new types of antibiotics to market and forestall a possible global public health crisis. If he’s right, we’ll soon have germs on the run again.