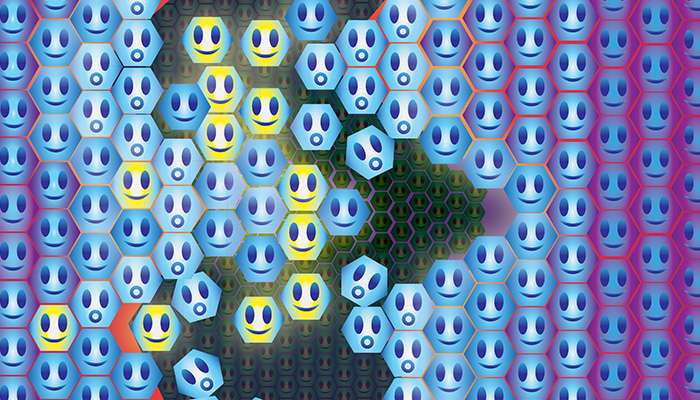 Autonomic Materials, a Champaign, Ill., start-up located near the University of Illinois main campus, is flying high these days. Founded in 2005 by Scott White, an Illini professor of aerospace engineering, it makes “smart” coatings, sealants, and adhesives. Smart how? Because if they’re breached they can repair themselves autonomously. Any cracks that arise in the coatings are immediately plugged, while they’re still microscopic, which means that they provide the objects they cover with much greater protection against corrosion, increasing their life spans and significantly reducing maintenance and repair costs. “This is groundbreaking technology,” enthuses Joe Giuliani, Autonomic’s CEO. Which is why the company, which began commercial sales only late last year, already has more than 60 customers – including coating manufacturers, one large automaker and several oil-and-gas companies – signed up for its 35 products.

Autonomic’s basic technology derives from highly influential research that White’s team initially published in Nature in 2001. Mundanely titled “Autonomic Healing of Polymer Composites,” the paper proved that self-healing materials were not just the stuff of science fiction movies and Harry Potter books. In it, the authors described how they infused a polymer with microscopic capsules containing a healing agent. If the polymer cracked, it would also break open some of the capsules, allowing the agent to spill out and react with a catalyst that was also embedded in the material. The repaired crack retained around 75 percent of its original strength. Previous efforts to devise self-healing materials required some sort of manual intervention. But White’s team showed it was possible to engineer materials that were biomimetic, inspired by nature, and able to repair themselves on their own.

Beyond being the catalyst for his spinout company, White’s paper single-handedly created a whole new area of academic research that has exploded over the past decade. Scholarly papers on self-repairing materials – and not just coatings, but base materials as well, including plastics, concrete, metals, ceramics and bituminous materials – now run into the hundreds each year. At last year’s fourth biennial International Conference on Self-Healing Materials in Ghent, Belgium, more than 140 presentations were given. “It’s become a very crowded field,” says Marek Urban, a chemical engineering professor at Clemson University, who is also developing self-healing plastics, mainly polyurethanes.

“Having structures and products that repair themselves is a fantastic idea,” says Ian Bond, an aerospace engineering professor at England’s Bristol University, explaining why there’s been such a surge of interest in self-healing materials. Their potential market is mind-bogglingly huge and includes everything from bridges, dams, and tunnels to cars, planes, and boats to oil rigs, wind turbines, and satellites to sports equipment, dinnerware, and cellphone screens – or, basically, nearly anything that’s susceptible to cracks, scratches, and holes.

Since publishing that pioneering paper, White and his teams at Illinois’s Autonomous Materials Systems Group have been working on other ways to put microcapsules to use as healing agents. One team has used capsules containing gallium-indium liquid metal to heal cracks in electronic circuits within a millisecond after they appear. Another team is focusing on batteries. One area of research is using polymer microcapsules embedded in batteries that melt when certain temperatures are reached to stop batteries from dangerously overheating. The team is also trying to use encapsulated agents that would restore robustness to batteries once their capacity starts to wane.

Most recently, White led a group that garnered global headlines when it unveiled two types of highly commercial plastics – thermoplastics and thermosets – that could not only self-repair microscopic cracks but also regenerate new material to refill a gaping hole, in this case a bullet hole. But instead of using microcapsules to produce self-healing, the researchers followed even more closely nature’s road map and imbued the plastics with two microscopic and parallel networks of capillary-like tubes, each filled with a different chemical agent. When the plastic is damaged, the two liquids are released at the site and combine to form a gel that quickly covers the damaged area with a scaffold that eventually hardens into a strong polymer that retains 62 percent of the plastic’s original strength. When microcapsules are used for self-healing, once they’ve been punctured, they’re spent. But a vascular system can make repeat repairs to the same area, if necessary, because a redundant number of capillaries flow through the material. “What the next step is, way down the road, is a system that repairs the vascular network, too,” once it’s been breached, says Ryan Gergely, a doctoral student who is part of the team.

Professor Bond, at Bristol, leads a team that is also designing vascular self-healing systems for polymer composites. “Each vessel is like a leaky hose pipe,” he explains, but that porous material is covered with a second material that, once broken by damage, breaks away and exposes the pores, allowing the healing agent to flow out. The tricky part, Bond says, is ensuring that the agent activates only outside the vessel and doesn’t track back and solidify the network. “It is a bit of a Goldilocks scenario; it’s got to be just right.” Ultimately, Bond’s team would like to engineer self-healing materials that would be used for aircraft parts. Materials that make planes lighter, thus more efficient, are also more susceptible to cracking. “But it will have to be proven to work. Certification is a real challenge for things that fly,” Bond admits.

A third method often used to make material self-repairing is called intrinsic, because it integrates healing agents directly into the materials. Intrinsic self-healing, however, typically requires an outside trigger to activate the agents, usually sunlight or heat or even carbon dioxide. This is the area that Clemson’s Urban has been active in for more than a decade, and it’s a spin-off of his earlier research on designing plastics that respond to stimuli. “We want to add a compound for self-healing without losing the material’s original functionality,” he says. He’s mostly focused on polyurethanes because they’re widely used in applications ranging from auto paints to biomedical devices. In one instance, Urban’s team mixed chitosan, which is derived from shrimp and crab exoskeletons, with oxetane, and added it to polyurethane. If the plastic is scratched, once it is exposed to sunlight, those highly reactive molecules within it form cross-links that repair the damage.

Even more recently, a team of chemical engineers at Stanford University created a skinlike, thin polymer that can re-heal itself without a trigger. They constructed long chains of molecules linked by hydrogen bonds that are easily broken. Once the chains are broken, the molecules reconnect themselves when the material is pressed back together, and the polymer regains nearly 100 percent of its original strength within 30 minutes. The team envisions the polymer could one day be used as an artificial skin for prosthetics. Meanwhile, researchers at the Center for Electrochemical Technologies in San Sebastian, Spain, invented a self-healing thermoset elastomer, or rubberlike plastic, that repairs itself after being sliced in half without need of an outside stimulus by adding a common, inexpensive chemical to the material: aromatic disulphides.

Plastics, of course, are everywhere. But perhaps the world’s most ubiquitous material is concrete. And concrete is prone to cracking, which can lead to numerous and costly repairs. And because the production of concrete is responsible for around 7 percent of global carbon dioxide emissions, there’s a big push to develop self-healing concrete that would greatly reduce the need for repairs and thus cut production levels. Last year, the University of Bath, along with Cardiff University and the University of Cambridge, received government and industry grants totaling around $5 million to develop a self-repairing concrete. The team is concentrating on microcapsules filled with bacteria spores and nutrients that would be embedded in concrete. If a crack occurs, water entering the fissure would cause the spores to germinate, converting the salts in the mixture to limestone to plug the crack. They are using bacteria known to survive 60 years that are also comfortable in an alkaline environment. Other researchers are working on ways to add bacteria directly to the concrete mixture. But, says Kevin Paine, a civil engineering lecturer who is part of the Bath team, while alkaline levels within concrete decrease over time to a point that the bacteria can easily survive them, the levels within new concrete may be too high for even the most hardy of bugs. That’s why they’re putting the bacteria in capsules, to initially protect them from harsh PH levels.

Concrete that can self-repair won’t be cheap, he admits. “It’s not something that you would want to use for your driveway.” But for major construction projects, it’s estimated that self-healing concrete could cut lifetime repair costs in half, more than compensating for higher upfront costs.

Meanwhile, back in Champaign, White’s Autonomic Materials is working to exploit its first-mover advantage. So far, it is the only company offering smart coatings. “There is not an alternative today for what we’re doing,” Giuliani says. But that may be a short-lived window of opportunity. Urban, the Clemson chemical engineer, says most of his funding comes from plastics and paint manufacturers, and he’s confident that some of his self-healing polyurethane coatings can be scaled up for industrial production within a year. There is, however, room for several players in this space. Giuliani conservatively estimates that, worldwide, corrosion repairs cost industry $500 billion a year. “It is,” he says, “a very big market.”