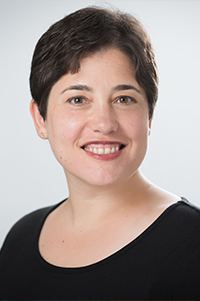 On February 13, a 7.1-magnitude earthquake struck off Japan’s east coast—an aftershock of the 9.0-magnitude convulsion that devastated northeastern Japan almost exactly ten years earlier. That earthquake, one of the most powerful ever recorded, triggered a tsunami as high as 130 feet, killing nearly 16,000 people, destroying whole cities, and causing $220 billion in damages. At the Fukushima Daiichi nuclear plant, three of six reactors melted down after the inundated cooling systems failed, spurring mass evacuations. “What’s past is prologue,” Shakespeare reminds us in The Tempest. Although a decade has elapsed since the March 2011 nuclear disaster, both the literal and the metaphorical aftershocks continue. Our special cover package highlights Japan’s ongoing decontamination efforts , along with engineering solutions and educational innovation. At the University of Tokyo, for example, nuclear engineering students now learn about accidents and “resilience engineering” from Fukushima Daiichi cleanup veterans. Japan aims to move away from nuclear power and fossil fuels toward new forms of renewable energy—but the transformation will pose a challenge for the world’s third-largest economy. The cover package also features an exclusive interview with former prime minister Naoto Kan, who led Japan during the Fukushima crisis and, as a result, transformed from nuclear power advocate to opponent. The package offers on-the- ground reporting by Tokyo-based correspondent David McNeill, co-author with Prism contributing writer Lucy Birmingham of Strong in the Rain: Surviving Japan’s Earthquake, Tsunami, and Fukushima Nuclear Disaster.

Although the Fukushima disaster occurred a decade ago, we have yet to feel the last tremors. Japan—and the world—continue to reckon with safety and the inclusion of nuclear power in the clean energy mix that will help address the dire reality of climate change.

Also in this issue: the opportunity to help Prism improve. You’ll find a link to our short survey on page 2. We appreciate your feedback, and one participant will receive a Visa gift card. And congratulations to ASEE’s newly elected Board members, most of whom will take office in July at the Annual Conference. Election results and winners’ bios appear on ASEE Today.

Spring approaches as this issue goes to print. I wish you all a feeling of renewal—or at least, as columnist Debbie Chachra urges, some time away from your keyboard once in a while.

Correction: In “Beyond Inspired Flashes” (On the Shelf, Winter 2020 Prism), the coffee-suppression efforts author Matt Ridley detailed in How Innovation Works occurred in the 16th (not 15th) century.