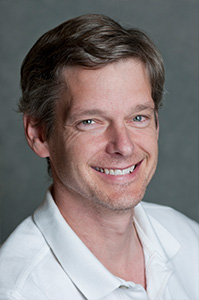 Not all faculty recognize a connection between the two.

Maker spaces are popping up on most college campuses as a way to promote students learning with their hands and learning from one another. They are being built in K-12 schools, libraries, towns, and even some hotels. They can act as a physical anchor for a learning community led by enthusiastic members. In Boston, we have one that is the size of a large market (Artisan’s Asylum) and one that is just a small space where a number of neighborhood craftspeople have pooled their tools. In every maker space I have visited—from Israel to Australia—they seem to be driven by passion and a desire for people to learn from each other.

Last year Tufts opened its first college-wide maker space aimed at bringing together students of all ages, disciplines, skill sets, and interests in an effort to create a physical location that promotes failing, iterating, and learning from (and teaching) others, thereby creating a student-driven informal learning space. For the past 15 years, we have had a number of different maker and craft spaces on campus, but they were all geared toward a certain segment of students. So, as we started to design this one a few years ago, we wanted to find out what faculty knew about maker spaces, who would use it, and—more interesting—why some would not want to use it. Milan Dahal (one of my graduate students) decided to ask.

Luckily, the university never had to face the question “What if they created a maker space and nobody came?” But initial responses were not universally encouraging. As one might expect, a much higher percentage of engineering faculty were interested in the space than were faculty members in arts and sciences. While many within engineering thought they would use it in teaching, a few—especially in computer science—did not see any advantage in working fabrication into their curriculum. Once we moved out of engineering, though, the opinions became more diverse. Many arts and sciences faculty members had not heard about maker spaces. Some had heard of them but felt they were only for engineers and artists. Others saw them as places where they or their teaching assistants (TAs) might go to build artifacts for class but did not see the value of having their students use them. Some were fans, or at least interested in trying out the maker space. Only a small number believed that making would help their students learn.

What surprised me was the number of people who thought it would be good for their TAs to make artifacts to show students instead of letting the students make the artifacts themselves, missing the point that in the making of the artifact, you are forcing the student to think about and reflect on the artifact. If the artifact is a period piece in a history class, then they are wondering about design choices made by their ancestors. In a geology class, they may wonder about the purpose of a tool, and through that, think more about how best to analyze rocks.

A friend of mine on the political science faculty teaches race and conflict in the American South in the late 1800s. How does a maker space fit in there? If, as so much research suggests, we learn through using our hands, how can the hands help us learn political science? We plan on collaborating to experiment with novel ways of hands-on political science—although right now our ideas are mostly around using the space to build 3-D representations of their thoughts and their data (similar to LEGO Serious Play). Our hypothesis is that in physically building the data visualization sculpture, students will think more critically about the data. But that remains to be seen, as the test will not happen until next year.

In the meantime, our new space flourishes. While it draws a disproportionate number of engineers and scientists, we hope that will change in time as we continue to lower the barriers of entry. Safe tools help, including 3-D printers, laser cutters, computer numerical control routers, and oscilloscopes, as do augmented-reality user guides, friendly staff, classes, hack-a-thons, and waffle nights. I am always excited to see students leave the conventional “I am doing homework” for the more exciting “I am making my new invention for class.”

Chris Rogers is a professor of mechanical engineering at Tufts University.