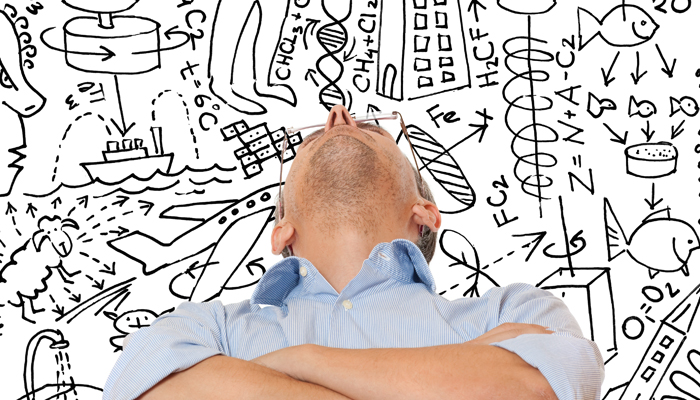 Back in 2005, the Ewing Marion Kauffman Foundation, a Kansas City cradle of entrepreneurship, set out to spur the transfer of research discoveries from campus to the marketplace. Two years later, it rolled out the iBridge Network, an online portal dedicated to bringing innovations “lost and untapped behind university walls” to the attention of industry and entrepreneurs. It took some persuasion for schools to use a centralized platform they didn’t own, but today, iBridge’s searchable website hosts abstracts of nearly 19,000 innovations from agriculture to transportation – including 1,581 in engineering – at 175 participating universities and research institutions.

As a vehicle for publicizing hitherto hidden inventions and expanding the marketplace for technology licenses, iBridge has succeeded. But a launchpad for the next big thing it’s not. Several technology transfer officials whose universities regularly post innovations on iBridge say the network has yet to attract a major investment. “We typically haven’t put a lot of energy into static IP [intellectual property] portals like iBridge,” says David Pruskin of Harvard’s Office of Technology Development, which currently lists more than 600 innovations on the site. “We work mostly through word of mouth and personal connections.”

Now a cluster of small, entrepreneurial companies is taking the iBridge idea a step further, each hoping it has found the secret of using the Internet to power university discoveries into profits. One is the Omaha, Nebraska-based Innovation Accelerator Foundation, which acquired iBridge from Kauffman a year ago and plans to expand it to include start-ups, government funding sources, and eventually corporate-owned intellectual property (IP). Over the past five years, IAF has partnered with the National Science Foundation to find investors for firms created under NSF’s Small Business Innovation Research program. It has also helped create what founder John Pyrovolakis says was Nebraska’s first venture capital fund, enjoying a degree of access to local business leaders it probably couldn’t get in Silicon Valley. A former teaching fellow at the Harvard-Smithsonian Center for Astrophysics lab who earned a Ph.D. in linguistics and philosophy from MIT, Pyrovolakis sees iBridge becoming a premier access point for the global IP market. “We want basically to be players all along the value chain,” the transplanted New Yorker said as he headed for Hong Kong to interest Asian technology scouts in the network.

Much of the science and engineering research generated at universities languishes in limbo before even approaching the proof-of-concept stage – either because the researchers lack interest in commercialization or technology-transfer officials don’t think it has market potential. Frustrated government officials call this the “valley of death,” a fate they have tried to prevent with the Small Business Innovation Research and Technology Transfer programs and more recently the NSF’s I-Corps, which trains researchers to pitch their inventions to investors.

With government research funding flat or declining, Internet entrepreneurs see potential in strengthening ties between researchers and industry. A few hundred miles northeast of Omaha, electrical engineer and information technology entrepreneur Tom Kieffer joined with an attorney and former health IT executive, a former editor and technical writer, and a web developer to create Nouvant Inc., a platform for participating universities to market their technologies. Adapting software initially developed for the University of Minnesota, the Minneapolis-based firm has found a way for member organizations to post a searchable catalog of inventions, manage their IP portfolios, and draw up license agreements. Unlike iBridge, Nouvant directs visitors to a university’s own technology-transfer website, designed according to the Nouvant template. Universities pay a subscription fee.

Nouvant’s team draws encouragement from a pair of University of Arkansas engineering graduates, Nhiem Cao and Kevin Oden, who seized on an invention on the University of Minnesota’s website to start a company. The invention, by U of M biochemist Simo Sarkanen, is a biodegradable plastic made from lignin, a byproduct from paper mills and biofuel plants. Cao and Oden, who have secured investor capital and an NSF SBIR grant, plan to manufacture biodegradable plastic bags, replacing the polyethylene products that overload landfills and pollute waterways and oceans. The Nouvant team thinks many more such connections are waiting to be made. “This stuff is happening on a one-off basis through specific relationships,” says Nouvant CEO Dan Bryant. “We want to systematize this.”

“We decided to partner with them to improve our own website technology listings–for content, search engine optimization, and online licensing improvements,” says Katherine Moynihan, a licensing and market specialist at the University of Michigan’s Office of Technology Transfer. “Hosting our own website and online licensing isn’t an area we would prefer to focus on, so it works well to use their expertise.”

Attracting leading universities and “platinum” companies is also the strategy behind SparkUp, a web-based start-up whose founders envision an “eBay of ideas.” Backed by Montreal Medical International, a nonprofit healthcare consulting firm affiliated with McGill University, SparkUp CEO Jeremy Jonas and COO John Knechtel, both formerly at McKinsey and Co., spent a year talking to tech transfer managers, researchers, and company officials before launching their online marketplace. What they learned, Jonas says, is that a website alone won’t work. “The marketplace needs to be active.” Tech transfer managers complained that existing websites failed to attract buyers. “From Day One, we said the only way to make this a successful gig is to have industry backing and strong support from major companies,” says Wolfgang Renz, an early collaborator in SparkUp’s development. Renz is a vice president for business model and healthcare innovation at the pharmaceutical firm Boehringer Ingelheim. SparkUp is combining the online platform with aggressive outreach to link companies with universities in North America and Europe. For “blue chip” membership subscriptions of up to $150,000 a year, companies get an early look at newly available technologies before they are made public. Academic institutions get free membership. The site will include not only university research but also unused corporate patents. Links to U.S. and European patent offices will allow quick comparison shopping.

“Universities are finding that they had better engage with industry,” Jonas says. Companies, in turn, “are closing internal labs” and need outside researchers. “Our timing is good in that sweet spot.” Another way the SparkUp team anticipates helping is by connecting firms with researchers from varied disciplines. Even in pharmaceuticals, notes Jonas, “you’re not just dealing with a molecule. You need IP from materials science, software. You can’t just narrowly be in pharma anymore.”

With pharma, at least, the benefit of university discoveries is often evident; they can serve to help diagnose or treat diseases or facilitate medical procedures. But a number of inventions sit on the shelf, even after a company has acquired them, simply because no one can think of a useful product.

“Innovation doesn’t walk out the door. Somebody has to take it somewhere,” says Tony Stanco, executive director of the National Council of Entrepreneurial Tech Transfer. And for that to happen, a company or investor needs to imagine a commercial application and figure out how to get there. Stanco cited the repeated frustrations experienced by Chester Carlson, inventor of what eventually became the Xerox photocopier, who spent years trying to find an investor. “Usually the only person who can see a vision for it is the inventor. It’s hard for sites to have the impact they’d like to have.”

A group of British graduate students have sought to solve this problem with Marblar, a crowdsourcing website that, as the Economist put it, presents “solutions in search of a problem.” Inventions are posted – the site now has 39 involving engineering – and a competition is held for the best product idea. Partner companies, including Samsung, encourage inventors by spelling out the kinds of product ideas they’re seeking.

Once a company decides to acquire a university invention, transactions over rights to intellectual property often require negotiation. While non-exclusive licenses to technology are often cheap and easy to acquire, major transfers are much more complicated. “It’s not something you can solve with the efficiency of technology,” Stanco says.

Elizabeth Good Mazhari, the ventures director at Johns Hopkins University, a research powerhouse, says “it’s rare for an entrepreneur or investor to come to us through a website.” Most investors lack the time to mine a large online collection of abstracts. JHU’s own website can be “overwhelming,” she says. “They’re looking for a human being to prioritize inventions based on their wish lists.” Companies often are interested as much in finding researchers with whom to work as they are in a particular technology. So JHU finds that “meetings and interactions are a more valuable use of our time.”

But Orin Herskowitz, head of technology transfer at Columbia University, sees value in online marketplaces and remains a fan of iBridge, even though it hasn’t, as yet, brought in an investor. Such sites “all help research institutions spread the word about these exciting early-stage technologies as broadly as possible,” he says. “While just one piece of the overall puzzle, every bit helps.”

Mark Matthews is the editor of Prism.
© thinkstock