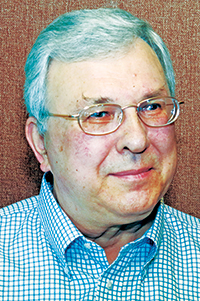 From thrillers to biographies, recent books showcase engineers and their work.

Engineering and fiction seem polar opposites, but several recently published novels may encourage the reading and writing of more tales about engineers–and perhaps generate wider appreciation of their work. Even when based on real events, engineering stories can be stimulating. Here is a sampling of the riveting reads I enjoyed over the past year:

In The Jackhammer Elegies, a self-published novel by Stefan Jaeger, a managing director at the American Society of Civil Engineers in Reston, Va., the structural engineer hero winds up working with the FBI to thwart a terrorist bent on crippling a city’s infrastructure. Jaeger’s eye for technical detail and flair for character development, narrative, and plot make his thriller not only a page-turner but also credible.

Engineering Stories: Realistic Fiction in STEM is an engaging collection of short stories that involve engineers tackling real-world design problems. Author Kenneth R. Hardman, a registered professional engineer working in the aerospace industry, uses the narrative form effectively to explain the nature of engineering and design. He hopes that teachers of science, technology, engineering, and mathematics will use his stories to inspire students to explore engineering as a college major and career.

Another enjoyable novel combines engineering and the supernatural. Written in French by Olivier Bleys and translated by J.A. Underwood, The Ghost in the Eiffel Tower is set in Paris during the construction of that record-setting structure and centers on the activities of two young engineers working on the project. A spiritualism theme and love affair occupy many pages, but there is enough technical content to keep the engineering tale down to earth.

Not all good books are fiction. Samuel C. Florman, author of the classic Existential Pleasures of Engineering, has written a memoir of his career as a civil engineer and builder. His Good Guys, Wiseguys, and Putting Up Buildings: A Life in Construction is full of revealing tales about how an industry known for corruption and risk operates in and around New York City. There are chapters in which readers are likely to think life really can be stranger than fiction.

Though not an engineer, historian Theresa Levitt has written a thoroughly engaging story of how modern engineering grew from its French roots to change the world of technology and commerce. The central character in A Short, Bright Flash: Augustin Fresnel and the Birth of the Modern Lighthouse is the engineer who developed a greatly improved lens system that led to much safer coastlines. Levitt has integrated biography, science, engineering, technology, art, history, economics, and politics seemingly effortlessly and definitely seamlessly into a great read.

Another terrific work of nonfiction is The Lost Secrets of Maya Technology. Author James A. O’Kon, a professional engineer registered in 20 states, has combined a career in engineering with a passion for Maya archaeology to develop his self-described métier as an archaeoengineer. His experience in forensic engineering helped him reverse engineer Maya ruins to reveal their secrets that he describes so convincingly in his book.

These half-dozen works provide striking counterexamples to the misguided notion that engineers and engineering do not make for interesting cocktail party conversation. In fiction and in fact, engineers can be as heroic and complex as anyone, involved in intrigue, romance, and more while displaying a range of human emotions, virtues, and vices. They might even make the best-seller list someday.

Henry Petroski is the Aleksandar S. Vesic Professor of Civil Engineering and a professor of history at Duke University. His An Engineer’s Alphabet: Gleanings from the Softer Side of a Profession includes discussions of many other books about engineers and engineering.