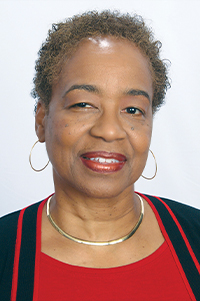 The Founding Fathers built our country on a bedrock of science and engineering. That foundation now needs shoring up.

The U.S. Constitution is an amazing document, proposing governing techniques that were novel when it was drafted in 1787. The text’s hallmark is a system of checks and balances achieved by tightly interweaving the responsibilities of the three coequal branches of government. Then, because the Founding Fathers understood the importance of kick-starting broad economic growth for the fledging nation, they also imbued the legislative branch with “unusual powers” aimed at facilitating a vibrant economy. For example, Article I, Section 8 authorizes Congress to establish the nation’s first communication network in the form of “Post Offices and post Roads.” A later clause gives Congress the power to “promote the Progress of Science” even before describing Congress’s authority to establish a military force.

It isn’t surprising to find the promotion of science written into the Constitution. One founder, George Washington, was considered an engineer due to his first occupation as a surveyor. Two other signatories to the Declaration of Independence were well-known 18th century scientists: Benjamin Franklin, who was internationally recognized for his studies of electricity, and Thomas Jefferson, who helped invent modern agricultural science and technology.

The symbolic importance of Congress’s powers to promote science are artfully displayed on the walls and ceilings of the U.S. Capitol building. Built between 1830 and 1868, the hallways of the Senate wing were finished with elaborately decorated murals under the direction of Italian-born artist Constantino Brumidi.

One of the corridors containing the Brumidi artwork, the Patent Corridor, glorifies the science and engineering “rock stars” of the mid-1800s. There, Brumidi created frescoed lunettes honoring inventors whose innovations helped build the nation. Appropriately, above the door of the room originally assigned to the Committee on Post Offices and Post Roads is a large portrait of the nation’s first postmaster general, Benjamin Franklin. Farther down the hall, above what was then the Patent Committee Room (but is now the Foreign Relations Committee Room), is an expansive mural of Robert Fulton, the inventor of the steamboat.

The symbolism in the Capitol building’s artwork sends a clear message about the lofty pedestal scientists and engineers of the time occupied. More important, the expectation that lawmakers’ deliberations should be informed by cutting-edge science was clearly baked in from the beginning.

Our country was designed to be a society driven by collaborative innovation. Although not perfectly realized, by the close of 2020, many of the founders’ aspirations for their fledgling nation have nonetheless manifested. But the year 2020 also brought the COVID-19 pandemic, the subsequent economic downturn, the endless legislative gridlock, the degradation of the postal service, and the shocking January 6 insurrection at the Capitol by a riotous mob. The flagrant disrespect for the rule of law and desecration of the seat of government left many of us scratching our heads, wondering what brought us to this point and whether there is any hope for recovery.

Especially sad was our nation’s initial response to the pandemic, which illustrates the degree to which respect for science and technology has eroded. Many of our politicians no longer value science, much less respect the scientific method. And it is not just our elected officials. Although we have created a country that benefits from the engine of high tech, the voting public is largely technically illiterate and knows more about athletes and pop stars than the progenitors of technology.

Just as stable democracies are undergirded by an educated voting populace, a stable high-tech society requires a reasonable percentage of its populace to be technically literate. Because people have difficulty valuing and preserving what they don’t understand, we must pause and ask ourselves how to best change our education system to reinvigorate a cultural ethos of technology.

This new year may offer a glimmer of hope. President Biden has appointed Eric Lander as the new director of the Office of Science and Technology Policy and simultaneously elevated the position to cabinet level. It should not have taken 232 years to raise the promotion of science and technology to this level. But now, our community should take Lander’s appointment as a call to action and proactively work toward restoring the elevated position of science and technology in our society, as envisioned by the Founding Fathers.https://tinyurl.com/RFspectrumIntro.

Deborah Jackson is a program manager in the National Science Foundation’s Directorate for Engineering. The views expressed in the article do not necessarily represent those of NSF or of the U.S. government.