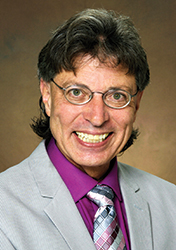 Charlie McIntyre came to his career the hard way. During summers in high school, he worked for a contractor laying down utility lines and water and sewer pipes. It was demanding physical labor, but McIntyre loved it. He returned to construction when high school teaching jobs became scarce in his native Massachusetts in the mid-1970s. Now an ASEE fellow and ensconced in academe, he’s at it still, leading emphatically hands-on classes for a new generation of construction managers and engineers. “What I do in my teaching is directly related to what happens in the field,” McIntyre says.

At North Dakota State University, where he is an associate professor, graduate program coordinator, and former department chair, McIntyre works closely with an industry advisory council to shape a curriculum rich in teamwork, field trips to work sites, and the latest construction techniques. Networking with industry professionals made him realize, for instance, that building information modeling needed to be taught in more depth than was common in engineering classes. He and a few colleagues active in the American Council for Construction Education – the accreditor in his field – are taking collaboration to the next level, organizing conferences to share best practices for industry advisory boards. Award-winning, up-to-date teaching – he’s developing “go green” courses on sustainability – and regular internships yield job-ready graduates. At least 75 percent of his department’s graduates get hired in construction engineering or management.

Like a construction manager eyeing results, McIntyre favors rigorous evaluation in both teaching and mentoring of faculty. A nine-point Curriculum Assessment Model graces the website of the Construction Management and Engineering Department. McIntyre participates in and documented the early, positive faculty response to North Dakota State’s cooperative peer review teams, which observe at least one class per semester and provide feedback to the instructor on syllabi and teaching strategies.

McIntyre values ASEE as a place where his penchant for networking and collaboration can flourish. Now Zone III chair, he regularly rides his 1450 cc Harley-Davidson Wide Glide to regional and annual conferences, and he has repeatedly led the North Midwest Section in new-member recruitment. He, in turn, credits Dean Gary Smith: “The key factor in the whole thing is support from the dean.” He hopes fellow board members will join in bolstering campus representatives and also become a presence at section conferences. If leaders could give keynotes or luncheon talks, “that’s a draw.” 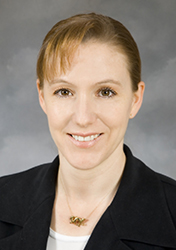 Adrienne Minerick wondered if she could generate in class the same curiosity and passion she found among research students in the lab. So she tried an experiment. For an upper-level microdevices class, she ditched her preplanned lectures in favor of a student-led format. Undergraduate and graduate students formed their own groups around real-life problems, such as cancer, water quality, and flu detection, that could potentially benefit from devices the size of a human hair. The change worked; compared with previous semesters, students became noticeably more interested.

“We focused on active, involved problem solving in class, so that it wasn’t just an out-of-class project, and [included] faculty interaction and lots of contact,” Minerick recalls. “It was a really fascinating experience.”
An associate professor of chemical engineering at Michigan Technological University, Minerick is always looking for ways to engage students, and will overhaul her teaching methods to make it happen. Her approach has drawn attention at MTU, where she was named to the Academy of Teaching Excellence, and from colleagues in and outside ASEE. She recently presented a paper at a National Academies Frontiers of Engineering Education conference and has contributed to 33 ASEE conference proceedings and five educational journal publications.

Minerick’s drive to teach better doesn’t seem to have shortchanged research. Her numerous citations for research and papers include an NSF CAREER award in 2007, earned while she was an assistant professor at Mississippi State. (She returned to MTU, her alma mater, in 2010). Her work in microdevices has pioneered new methods to see molecules on the surfaces of cells and has a number of health applications. She’s now incorporating this technology in a handheld device capable of detecting blood type in a matter of minutes.

Active on ASEE leadership teams since 2003, the year she earned a Ph.D. from Notre Dame, Minerick has held positions in the Women in Engineering and New Engineering Educators divisions and the Southeast Section. She now chairs ASEE’s Professional Interest Council I.

ASEE’s future, she says, lies in spreading ideas. “You have this whole group of people who want to teach students to be really good problem solvers, but those people don’t always have that background in education research,” Minerick said. “It’s important to share this art, and I think that is the greatest value that ASEE offers.” 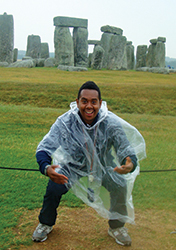 ASEE has managed a portfolio of fellowships and internships for the federal government dating to the 1960s. This program requires significant attention to many moving parts, and few have done it quite as well as Artis Hicks.

Born in the nation’s capital, Artis got used to dynamic and fast-paced environments in college. His senior year, he served as a public affairs intern in the Office of the Secretary of Defense. “The war in Iraq had just started and we had press conferences every day. We did a lot of community events, and I worked on Operation Hometown Heroes.”

At ASEE, he likes his autonomy and ability to work on a variety of projects. Work sometimes takes him on the road for significant chunks of time, promoting the programs he manages (six or more trips in a three-month span at some periods on the calendar). “The work doesn’t stop even though I’m on the road,” he says.

Traveling does take him away from students. Though he’s not an engineering educator, his pupils often feel like they’re spinning their wheels… literally. He teaches a spin class in four gyms, all a short pedal from ASEE offices. He started this healthy hobby in 2005. “The fitness director at my gym kept asking me, and eventually I said yes.” It’s very rewarding, he notes. “I get to be a DJ, I get to motivate, I get to have fun and work out… and get paid for it.”

This past summer Artis did some traveling of a different sort. He toured Britain, hitting some of the major highlights, such as Windsor Castle, Buckingham Palace, the Tower of London, and Stonehenge.
Now that he’s back in the office, what would colleagues say about someone who has been a mainstay of one of ASEE’s most important departments for so long? Artis sums it up as only someone with his effervescent personality can: “He’s amazing.”

Cooperative and Experiential Education Division
The Cooperative and Experiential Education Division of ASEE (CEED) has traditionally provided a bi-annual report of co-op programs. The report has served as a benchmarking tool for universities and a recruitment tool for employers. It is a great way for members to share information and help each other. For the first time, the division is also creating a similar directory for intern programs. It is now time to assemble and publish the 2012-2013 directory. The division hopes to gather information by mid-December from as many engineering institutions as possible, and really make some impact with this directory. Those interested in participating are asked to email Maureen Barcic at paub2m@pitt.edu.

Upcoming Zone Conferences
The University of Bridgeport will host the 2014 ASEE Zone 1 conference April 3 to 5. February 7, 2014 is the draft paper submission deadline. Students with their posters and papers are welcome. More information is available at http://ubconferences.org/.

The 2014 ASEE Zone IV conference will be hosted by the College of Engineering, California State University, Long Beach on April 24-26, 2014 in Long Beach, Calif. The conference theme this year is “Student Success Is Our Success: Developing Diverse Engineers for a Changing World Through Engineering Pedagogy & Practice.” The call for papers can be accessed online from the conference home at http://www.csulb.edu/colleges/coe/2014-asee-zoneiv. The deadline for abstract submission is November 30, 2013. Any additional questions regarding the conference can be directed to the host conference co-chairs Lily Gossage or Nim Marayong at asee@csulb.edu.

Synthesized Information for Engineering Education Assessments
A new website has been developed with National Science Foundation funding to help the engineering education community identify assessment instruments suitable for engineering education outcomes assessment, and generally to grow the assessment capacity of the community. Approximately 100 instruments are catalogued and characterized by outcomes assessed, intended audience, technical attributes, and administration aspects. A summary review is written for each instrument. Users may search for instruments to meet specific needs, suggest instruments for inclusion, and provide feedback on instruments. The development team is seeking suggestions for instruments to add to the site and is requesting feedback on the website. You may view and provide input for the site by visiting: http://assess.tidee.org or by contacting Denny Davis davis@wsu.edu.