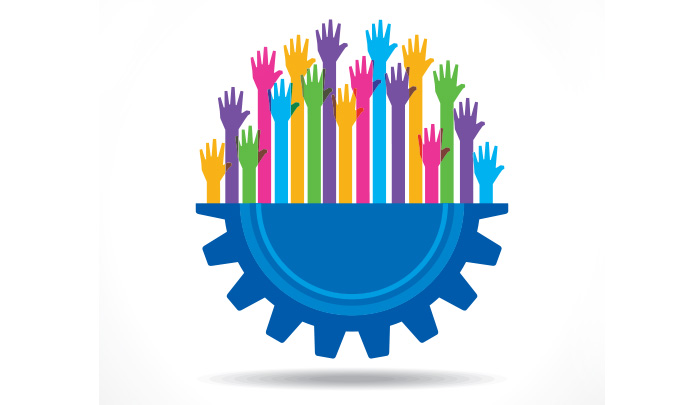 Opportunities for engineers to combine technical and social facets of their profession have grown rapidly through avenues such as service learning, community development, and Engineers Without Borders. The population of engineers involved with these service activities appears more diverse in gender and interests than typically is found in engineering classrooms and workplaces. This difference in demographics has led some to propose that service activities offer a new solution for increasing participation and diversity within engineering. However, little research has been done to understand why this population of engineers seems more diverse.

We conducted interviews and focus groups with 165 engineering students and practicing engineers, and collected survey responses from over 2,000 participants. Our sample included both those with and without experience in Engineers Without Borders USA, a prominent U.S. engineering service organization. We combined variable-oriented qualitative analysis with multiple logistic regression models to compare the two groups.

Our results showed that engineers involved with service activities shared some similarities with other engineers. Based upon the five-factor model of personality traits, both groups of engineers expressed equivalent strengths in attributes that are common among engineers, specifically conscientiousness (i.e., being careful, organized) and emotional stability (i.e., being calm, secure). Both groups also expressed equally strong intrinsic motivations to study engineering.

There were notable differences between the two groups, however. Engineers involved with service activities expressed significantly stronger personality traits of agreeableness (i.e., being friendly, flexible) and openness to experience (i.e., being curious, broad-minded), two qualities that are not common among engineers. In addition, engineers involved with service activities expressed significantly higher altruistic motivations to study engineering. These results persisted even when controlling for demographic differences between the two groups. It appears that higher female participation, higher undergraduate grade-point average, and younger mean age among those involved with engineering service were not the sole factors for differences in personality traits and altruistic motivations.

Kaitlin Litchfield is a postdoctoral research assistant in the department of civil, environmental, and architectural engineering at the University of Colorado, Boulder, where Amy Javernick-Will is an assistant professor of civil engineering. This article is excerpted from “I Am an Engineer AND: A Mixed Methods Study of Socially Engaged Engineers” in the October 2015 Journal of Engineering Education. It is based on work supported by the National Science Foundation Grant 1129178.