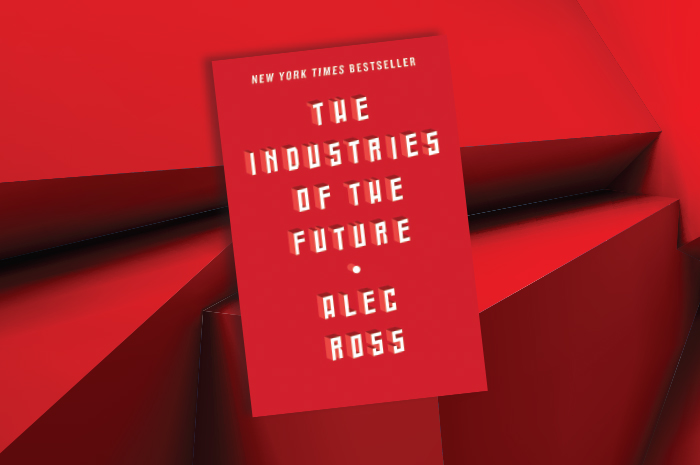 As automation drives more of the economy, how will humans adapt?

The Jetsons was a 1960s cartoon favorite about a futuristic family who was waited on by the sassy humanoid robot, Rosie. At the time it seemed farfetched that a robot would ever come to replace household help and servers. Now robotic vacuums already sweep through many U.S. homes, while restaurants across Asia are experimenting with automation. Bangkok’s Hajime restaurant features droids dressed as samurai that take orders, serve food, and even throw in a dance performance. Despite a huge initial cost, robots offer distinct advantages over human waiters: They don’t confuse orders or bills, they deliver food rapidly, and they eliminate the issue of salaries–not to mention tipping.

Robotic automation is only gaining strength: Supermarkets, drugstores, and even libraries are moving to automated checkout, while robotic instructors, caregivers, teachers, and doctors are not far behind. Author Alec Ross wants us to prepare for both the benefits of such change and the losses. He points out, for example, that half of American adults have been employed in a restaurant, often as a first job. Waiting tables has traditionally provided work for those who are starting out or struggling. If these and other entry-level positions disappear, “how much harder will it be to get a first job? How about a second?”

Ross is a technology policy expert. He was the backbone of President Obama’s technology and innovation plan during the 2008 election and then became the State Department’s senior adviser on innovation under then Secretary of State Hillary Clinton. He revolutionized the department’s approach to social media to aid in worldwide diplomatic efforts. During that time, he traveled widely to study other countries’ next-generation robotics, electronic banking, and agricultural laser technology—all of which informed his writing in The Industries of the Future.

In these pages, Ross focuses not solely on robotics, but also on rapidly changing areas of commerce and industry. Advanced life sciences, digital currency, cybersecurity, and big data are each treated in separate chapters of the book, “not only because they are important in their own right but because they are also symbolic of larger global trends and symbiotic among each other.” Throughout the book, he underscores the need to recognize the human costs of these new industries and the need for societies to help displaced workers “stay afloat long enough to pivot to the industries or positions that offer new possibilities.” People, Ross states, are not as easy to upgrade as software.

Ross’s examination of big data, cybercurrency, and cybersecurity and warfare, is particularly compelling. He highlights Kenya’s M-Pesa program, a vast network of mobile banking deployed through cell phones. It enables everyday grocery and gas station payments, as well as loans, savings, and overseas remittances. And with some $40 billion remitted to Africa each year from families abroad, its smooth, affordable mobile banking bolsters many countries’ economic stability. Further in this chapter on “The Code-ification of Money, Markets, and Trusts,” we learn the history of Bitcoin, as Ross clarifies the complexities of cryptocurrencies and explains why they represent the future of banking. The “Weaponization of Code” chapter demonstrates how widespread and threatening cybercrime has become, noting that China’s attacks on U.S. intellectual property account for more than $300 billion in annual losses. Moreover, the need for more workers trained in cybersecurity is considerable: CIA “cyber guru” Jim Gossler is quoted saying that only one thousand American security workers possess sufficient cyber skills, yet “we need ten thousand to thirty thousand.”

While some readers may prefer greater depth in the issues raised in The Industries of the Future, Ross has produced a thoughtful and thought-provoking overview of technological advances and their accompanying challenges. He closes with a strong reiteration of the need to invest in a country’s citizens, supporting not just global and technical education but also an analytical, agile disposition to change. Leaders have an obligation to shape policy, writes Ross, “to extend the opportunities that will come with the industries of the future to as many people as possible.”