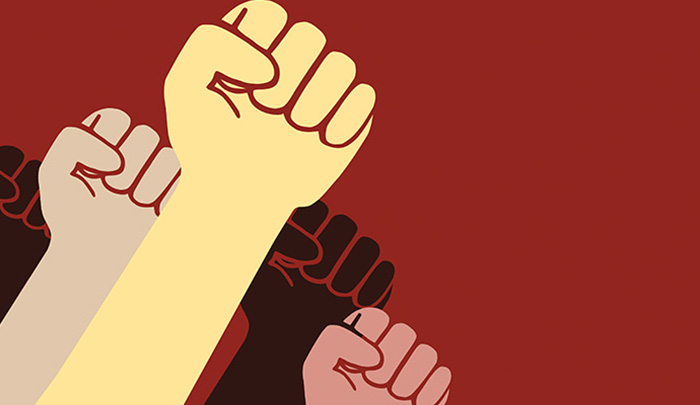 No protest songs rallied the rebels, nor did voices rise in defiance. Yet the engineering educators who recently dialed in to discuss a new effort to overhaul undergraduate programs clearly sought to challenge the status quo. The revolution’s unlikely instigator: the National Science Foundation.

Federal research funds for institutional change? There is precedent. Over the past two decades, NSF grants have helped spur dramatic shifts in the undergraduate engineering experience, from revamped introductory courses that emphasize hands-on learning (Prism cover story, September 2011) to capstone design projects. On many campuses, however, the middle years remain a relentless slog through required theory-heavy coursework that prompts many students to bail. NSF’s new RED initiative – for Revolutionizing Engineering Departments – hopes to change that trajectory by creating up to 10 coherent, sustainable, four-year model programs that instill professional along with technical skills and prepare a diverse group of undergraduates, including community college transfers, for success as engineers.

Every insurrection has a tyrant to topple, and RED is no exception. “We’re overthrowing outdated curricula and pedagogy,” explains Donna Riley, program director for engineering education at NSF and the project’s coordinator. “But this isn’t your father’s curricular change program. It’s overthrowing old ways of doing business in departments and creating different reward structures that will facilitate the kinds of engineering education needed for the 21st century.”

Part of an NSF-wide initiative to improve undergraduate science, technology, engineering, and math (STEM) education, RED aims to improve the “professional formation of engineers” by enlisting entire departments in tackling cultural barriers that deter faculty and students from different backgrounds, including women and underrepresented minorities. The effort not only responds to “perennial calls for holistic engineers with a broad set of skills,” says Riley, but also seeks to address attrition, particularly in the sophomore year. That’s a “critical entry point” for students transitioning from two-year colleges, she notes, and can be a “jarring” experience for students whose introductory freshman courses emphasized hands-on learning.

ASEE’s retention data bear this out. While the 118 participating schools have seen a rising share of freshmen continue to sophomore year – 81.2 percent in 2011, compared with 78 percent a decade earlier – just over 70 percent advance to year three. Under a third – 30.9 percent for the class of 2009 – complete their degree in four years, with wide variation among groups. Some 15.6 percent of African-American engineering students graduate on time, for example, versus about 44 percent of Asians. A 2013 longitudinal study by the National Center for Education Statistics found the overall attrition rate for undergraduate engineering programs was 62 percent.

Despite its focus on four-year programs, RED isn’t limited to undergraduate education – or to traditional engineering disciplines. Computer science, informatics, and engineering technology departments can participate, for example. And while training faculty in active learning and other best teaching practices is a key focus, industry and K-12 partnerships, internships, promotion and tenure policies, graduate programs, and entrepreneurship all fall within the grant’s “pre-K through gray” scope, says Riley.

The $12 million RED program, which will award significant five-year grants to between five and 10 departments that would serve as national models, has another unique feature. Each department chair must serve as co-principal investigator with a social scientist. Collaborators may be engineering-education researchers and come from inside the college or another institution. But their job is to assess in real time if changes are really happening. Beyond helping to develop radically different four-year experiences that stress creativity, teamwork, and connections to professional practice, the combined research will generate knowledge about sustainable change in engineering education that can help transform universities nationwide. “Don’t imagine what you think we want, give us something that’s really going to be different,” Riley told participants in September’s RED kickoff webinar, cautioning against proposing spiral curricula or other modest reforms already in the works. “Is this something that can catch on and spread like wildfire to other departments?”

From their questions, engineering educators share some basic concerns. How can structural change occur if traditional promotion and tenure policies drive decisions? What happens if a department head departs mid-grant? One webinar participant with a looming ABET review worried about getting into trouble should statics, dynamics, and other standard technical courses disappear from the sophomore curriculum.

Riley acknowledged the challenges but cautioned against using accreditation to justify maintaining comfortable routines. Applicants, she said, face an “uphill battle” trying to convince NSF that “you can make radical change without changing the core curricula.” Instead, put everything on the table, create a focused vision, and then figure out the fastest way to move toward it.

This isn’t NSF’s first shot over the engineering establishment’s bow, and RED applicants have a body of research to guide their proposals. Rose-Hulman Institute of Technology offers an example of how to overhaul the middle-years program. Working with Texas A&M as part of the NSF-sponsored Foundation Coalition in the mid-1990s, the Indiana school created a new sophomore engineering curriculum that used the concepts of conservation and accounting to teach dynamics, introductory thermodynamics, and fluid mechanics in a new, repackaged, cohesive sequence of courses. This curriculum was first taught in 1995, and it is currently required for all mechanical and biomedical engineering majors. Assessment results indicate that students develop “significantly better” problem-solving skills than those taking a traditional sophomore core, says Phillip Cornwell, Rose-Hulman’s vice president for academic affairs.

The Journal of Engineering Education devoted the entire April 2014 issue to “The Complexities of Transforming Engineering Higher Education.” Most of the research was funded by NSF. The recently published Cambridge Handbook of Engineering Education Research, reviewed in the September 2014 Prism, includes an examination of holistic curriculum design in the middle years as an antidote to “sophomore slump.”

NSF initiatives also have spawned inspiring mavericks that could serve as models. Riley cites the example of Carnegie Mellon University’s computer science department, which partnered with a social scientist to examine the admissions process for ways to raise female enrollment beyond a mere 7 percent. After the school dropped the requirement for previous programming experience, which favored male applicants, women quickly rose to comprise 42 percent of computer science majors, and they still maintain that robust share.

To glimpse the kind of radical reinvention envisioned by RED, don some snowshoes and head to Iron Range Engineering in Minnesota’s northeast woods. Launched in January 2010 to produce graduates able to think outside the disciplinary silo, the Minnesota State University, Mankato’s upper-division program eschews traditional classes. Instead, third- and fourth-year students — typically engineering graduates from local Itasca Community College — spend 40 hours a week working in teams with faculty and industry clients on semester-long, real-world design problems that develop both professional and technical competencies. Students also choose which skills they wish to emphasize, boosting motivation and completion rates. (They graduate with 28 credits in design, four times what the traditional capstone yields.) The program, which now includes two additional community colleges, is gathering data in five major studies, from diversity strategies to the change process, to assess its methods.

A reason to study

Iron Range Engineering’s project-based approach was a godsend for nontraditional students like Jeffrey Lange. The Minneapolis-St. Paul-area native always liked building things, but his passion for engineering didn’t stretch to traditional theory courses. He aced classes that interested him, stopped attending those that didn’t, and ultimately developed such extreme test anxiety that he couldn’t get out of his car to take the final. Lange took six years to complete his two-year degree and seemed destined for a similar ordeal after two years at the University of Minnesota, when he learned about Iron Range Engineering. “I started and shot out of the gate and never looked back,” says the 2013 honors graduate. Lange recalls a memorable senior project to determine if Grand Rapids, Minn., should build a hydroelectric dam and generator at the bottom of the hill below the city’s wastewater treatment plant. His team had to learn how energy is generated and apply the principles of hydraulics and fluid dynamics. “It was a lot of fun, and it took us a lot of work to figure things out,” says Lange. “If you have a practical approach, you’ll one, remember the theory, and two, have a reason to study.”

Iron Range Engineering also has transformed the way faculty, students, industry clients, and researchers collaborate to create “a culture that embraces continuous improvement,” says program co-director Ron Ulseth. “We pay a lot of attention to learning about learning,” he explains, describing how faculty get reports each semester from visiting engineers and engineering educators on how well their curricula delivered the desired professional, technical, and design knowledge. Students, who present portfolios showing how their work meets each of ABET’s 11 student outcomes plus three required by the program, also have “full license” to suggest changes for the upcoming semester, “and they do!” says Ulseth. Faculty members spend winter and summer breaks turning suggested improvements into practice, with a summit before school starts to adjust the syllabus. Even “fabulous” ideas, such as requiring daily learning journals, have “tanked horribly” when students don’t buy in, notes Ulseth. Still, because the process is not “person dependent,” change becomes part of the campus DNA.

A growing body of research indicates that Iron Range Engineering’s problem-based approach can boost learning, persistence, and professional skills far beyond current traditional undergraduate programs. The truest measure of success, however, may be the high rate at which graduates are snapped up by the paper, mining, energy, and other regional employers. The city of Grand Rapids, for example, was so impressed with the students’ hydroelectric feasibility study – which included alternative ways to finance the project – that it hired one of Jeffrey Lange’s teammates as electrical department manager upon graduation. Lange, who spent a year teaching and conducting research at his alma mater, recently landed a job as an electrical design engineer for a broad-based architectural firm in northeast Minnesota. He says he’d love to “pursue more engineering education” and get a master’s and doctorate. “But I don’t want to get back into a program that doesn’t push for changing the engineering [learning] environment.” For students like him, the RED revolution can’t come soon enough.