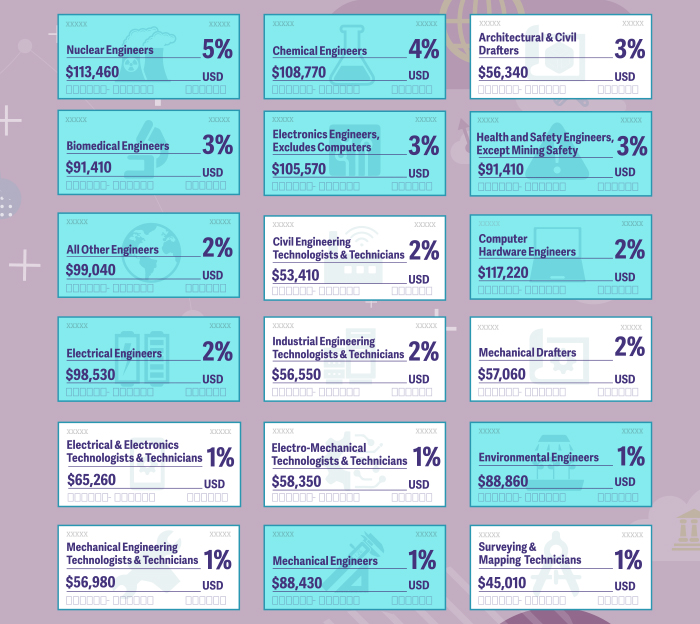 Engineering occupations consistently appear on lists of best-paying careers. In the September 2020 U.S. News and World Report ranking of college majors with the highest starting salaries, engineering degrees claimed nine of the top 10 slots (the remaining one: computer science). The U.S. Department of Labor’s 2019 list of highest-paying careers ranked engineering occupations in five of the first 50 positions.

From 2018 to 2019, median engineering salaries increased 2 percent on average, according to the Bureau of Labor Statistics. Petroleum engineers commanded the highest median salary of the disciplines, at $137,720. Only architectural and engineering managers earned more, with a median salary of $144,830. The lowest median annual salary was $80,720 for agricultural engineers, the only category that did not beat the overall median salary for STEM professionals of $86,980.