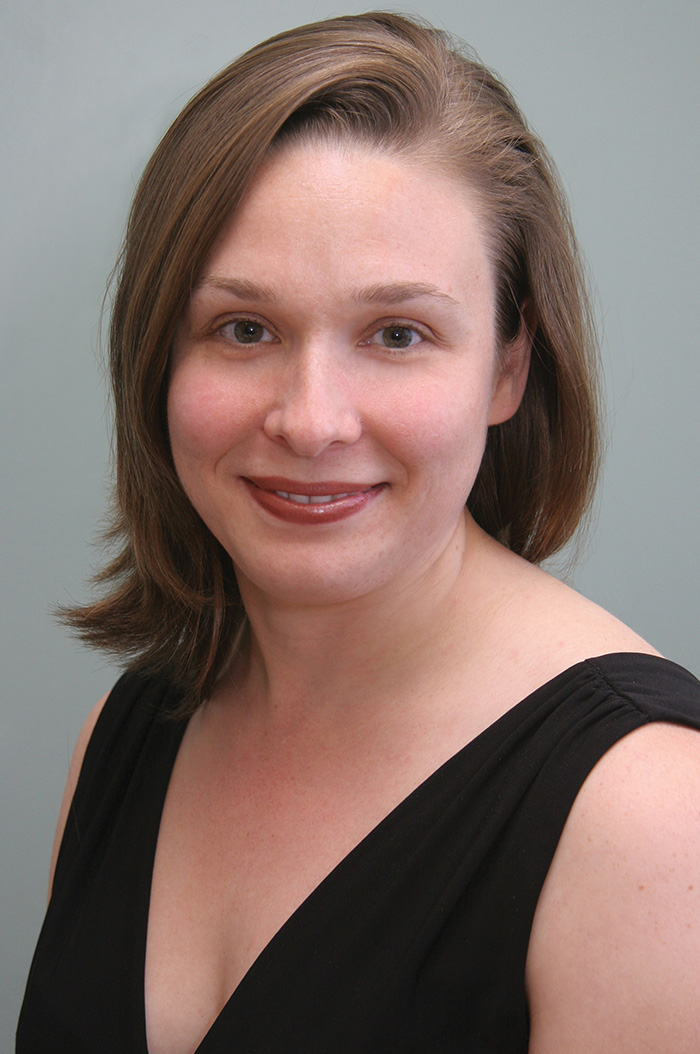 As a graduate researcher in micro-electronics packaging, Maura Borrego necessarily had to sweat the small stuff. Now she grapples with the big questions and hard-to-solve problems in engineering pedagogy, such as how recruit, retain, and diversify; the surge of online learning; and getting instructors to accept change.

“I didn’t think I was a very good materials scientist,” Borrego says of the work that earned her a Ph.D. at Stanford, “and I didn’t feel like I could really make a difference working in that field.” What she relished was mentoring and advising – “helping other people make it through engineering” – and so that became her career. Hired by Virginia Tech in 2005 soon after the school established a department of engineering education, she began creating a Ph.D. program and soon became a leader in the growing field of engineering education research, publishing some four dozen journal articles and book chapters and many more conference papers. She also won both a Presidential Early Career Award for Scientists and Engineers and a National Science Foundation CAREER award, and had a year-long American Association for the Advancement of Science fellowship.

Borrego’s engineering background gives her access as a researcher to engineering educators, but doesn’t assure a receptive audience for her findings: “I think it takes a lot to convince people – it needs some data and personal experience.” Rarely do U.S. faculty members get actual education training before having to teach. Even “a few days” would help, she says.

Two years as an NSF program director “helped me see the entire field of STEM education” and where leadership is needed. Online learning is one area; she herself completed a Coursera course. Like it or not, “the economics of higher ed is moving in that direction.” She also has a growing appreciation for interdisciplinary scholarship, thinking the problems left to be solved are beyond the scope of any single discipline. Now both an associate professor and an associate dean overseeing 14 graduate programs, she still devotes considerable time to helping individual students “figure out what to do with their lives” and chart a “quick path through the university.” Borrego, who ran for chair of Professional Interest Council IV on a platform of transparency, has sought to increase communication between ASEE members and Society leaders and headquarters. She also serves as an associate editor of the Journal of Engineering Education. In off-hours, she swims and enjoys watching movies with husband Gilbert Borrego, a Virginia Tech library informatics technician. 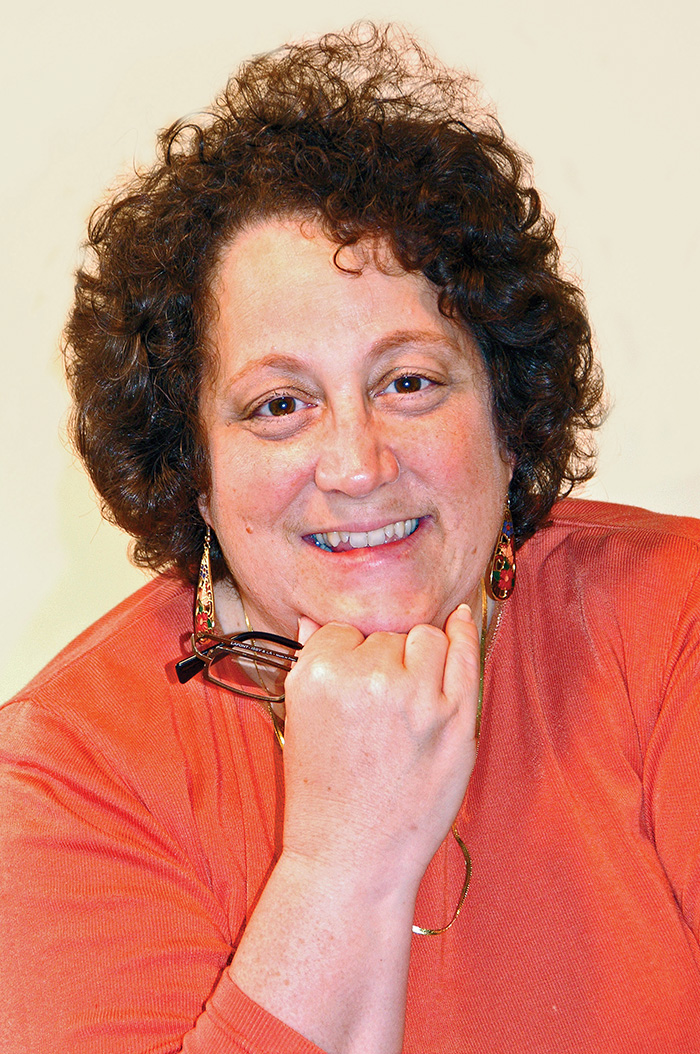 Suzanne Keilson was never satisfied with just one discipline. The Loyola University Maryland associate dean and assistant professor says her physics background, complemented by long-time involvement in ASEE, has helped her teach students to think like great engineers – not just in one field, but overall.

Keilson received a bachelor’s in physics from Yale University. Astronomy interested Keilson as an undergraduate, but studying applied physics as a Columbia University graduate student drove her to work in labs where her coworkers studied metallurgy and other materials sciences. As a Ph.D. student, she studied neuron action potentials in auditory nerves, combining physics with the biological sciences.

“The physicist in me likes to solve problems in closed-form solutions, nice and neat, and that gives a big conceptual framework for the world,” Keilson says. “Engineers need to know what solution is good enough to implement it and see it move forward.”

Keilson became an assistant professor of engineering at Loyola shortly after a year of postdoctoral work at Johns Hopkins.

She strives to show her students how to “look over the cubicle walls” to see what other disciplines focus on.

ASEE has been instrumental in her teaching, says Keilson, who join in 1997. In 2009, she hosted a Mid-Atlantic conference at Loyola, and has been involved in the development of awards and programming as a Mid-Atlantic Section leader. She has also been a moderator and paper reviewer for sessions at ASEE national meetings put on by Materials, First-Year Programs, and Women in Engineering divisions.

Keilson says she gets many new ideas as a paper reviewer for conferences, and national meetings seem like a “huge candy store” of presentations and speakers.

“There really are challenges to the current structure of higher education in America, and I hope ASEE can be in the conversations that stem from that,” she says.

How can STEM education innovations avoid the “valley of death” and become widely adopted? I-Corps for Learning, a pilot initiative of the National Science Foundation and ASEE, may have the answer. Championed by NSF program director Don Millard, I-Corps-L seeks to foster an entrepreneurial mind-set among educators, enabling them to promote and gain broad acceptance of their innovative products and approaches. The pilot study is modeled on the NSF I-Corps program, which helps research scientists and engineers develop the enterprise skills needed to turn laboratory discoveries into commercial ventures.

Last September, ASEE partnered with Karl Smith of the University of Minnesota and Purdue University, Ann McKenna of Arizona State University, and Chris Swan of Tufts University to provide a means for NSF-funded researchers to assess the potential for sustainable scalability of their educational innovations. The eight-week program is composed of an introductory three-day workshop, five online sessions, and a closing two-day workshop. In January 2014, nine teams embarked on the project. Each team comprises three to four members, including a principal investigator, an entrepreneurial/administrative lead, and a mentor.

Since the program is highly experiential, teams used their current projects as the platform for exploration. The pilot projects covered a wide spectrum in the STEM education arena, examples of which includes a Web platform to speed the propagation of evidence-based instructional approaches, a holistic transition program to support veterans interested in engineering and technology careers, and a boot camp for preparing for the math placement test.

Throughout the program, participants engaged in customer discovery to understand the ecosystem associated with their projects, including potential adopters, collaborators, and users. In a challenge similar to one used in I-Corps, each team was instructed to conduct at least 100 interviews to test hypotheses related to the nine elements of Osterwalder’s business model canvas; for example, customer segments, value propositions, revenue streams, and key partners. During each session, the entrepreneurial/administrative leads presented their teams’ findings to the entire group, stressing insights gained from the interviews — which in many cases challenged their assumptions and compelled them to shift direction. The instructional team, complemented by Russell Korte (Colorado State University – Fort Collins), Robert MacNeal, (Working Company), Shawn Jordan, and Micah Lande (Arizona State University), served as a guide to help the project teams navigate through the challenge.

Even partway through, it was clear the program was making an impact, with participants using such terms as “transformative” and “intense and challenging” to describe it. “For me, the I-Corps-L experience was truly empowering,” wrote Maria Milleville, an education and outreach coordinator at the University of Pittsburgh’s Department of Rehabilitation Science and Technology. “All who learn to apply these concepts will benefit!” added Mark Stratton, education relations manager at the Society of Manufacturing Engineers.

To learn more about the I-Corps-L program, please visit www.asee.org/i-corps-l. During the 2014 ASEE Annual Conference in Indianapolis from June 15-18, ASEE will be hosting a Sunday workshop to disseminate lessons learned and to reflect on next steps.

Rocio Chavela is manager of faculty development at ASEE.

This year’s Public Policy Colloquium for engineering deans drew the largest crowd in at least a decade for two days of discussions focusing on government-funded research, advanced manufacturing, and K-12 STEM education. The annual event, held in Washington, D.C., opened with a series of presentations featuring, among others, Tom Kalil, deputy director for technology and innovation at the White House Office of Science and Technology Policy (OSTP); Pramod Khargonekar, assistant director for engineering at the National Science Foundation; and Mike Molnar, chief manufacturing officer at the National Institute of Standards and Technology. An overview of the budget and Congress was provided by Matt Hourihan, director of R&D budget and policy at the American Association for the Advancement of Science; Tobin Smith, a vice president of the Association of American Universities; and Jeffrey Mervis, a reporter and editor at Science magazine. Cora Marrett, acting director of the National Science Foundation, attended a PPC reception on the first evening.

The second day of the colloquium traditionally takes deans to Capitol Hill to meet with state congressional delegations. In a departure from past years, the day began with a series of briefings on reauthorization of the landmark America COMPETES Act, which spelled out policy toward research funding and STEM education, as well as on manufacturing and immigration legislation. A bipartisan panel of congressional staffers compared the two GOP versions of COMPETES – the FIRST Act and the EINSTEIN Act – with a Democratic reauthorization proposal. Doug Rand, assistant director for entrepreneurship at OSTP, joined congressional staffers on a manufacturing panel. Sen. Sherrod Brown, D-Ohio, and Rep. Dana Rohrabacher, R-Calif., both delivered remarks. The event was made possible by collaboration between ASEE’s Public Policy Committee and federal relations officers – in particular Kathleen Eiler of the University of California, Irvine. Presentations and other documents related to the 2014 PPC are posted online at www.asee.org/conferences-and-events/conferences/ppc/2014.

A monthly award has been introduced at ASEE headquarters to showcase staffers who go “above and beyond” expectations to provide service to members, assist colleagues outside their own departments, fill in during another’s absence, or improve the organization’s efficiency and bottom line. The awards are decided by a staff committee. 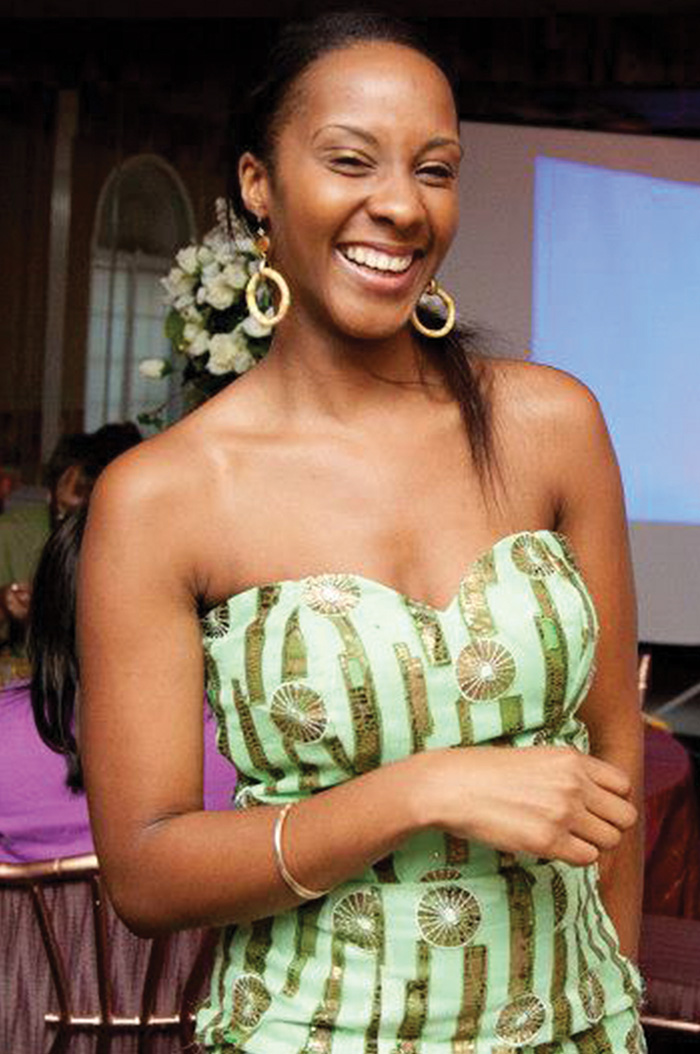 Rashida went above and beyond to provide extraordinary service to her program participants by working, literally, until she went to the hospital to deliver her son. She also made sure that her replacement was equipped to handle all responsibilities while she herself was on leave. Rashida was nominated by a colleague who was impressed by this extra service, and the committee agreed! 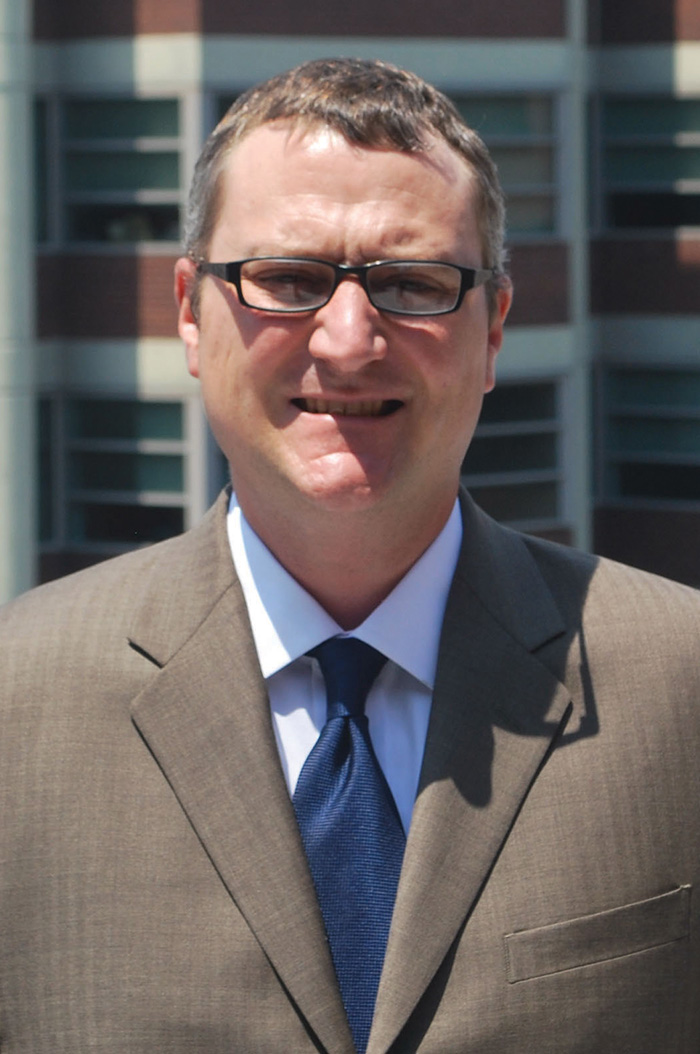 Brian was nominated by two colleagues for going above and beyond by working extra hours to write and submit multiple proposals. His time and diligence paid off with acceptance of three proposals, generating additional revenue for ASEE. We are still waiting to hear back on other submitted proposals, so additional revenue may still come our way! 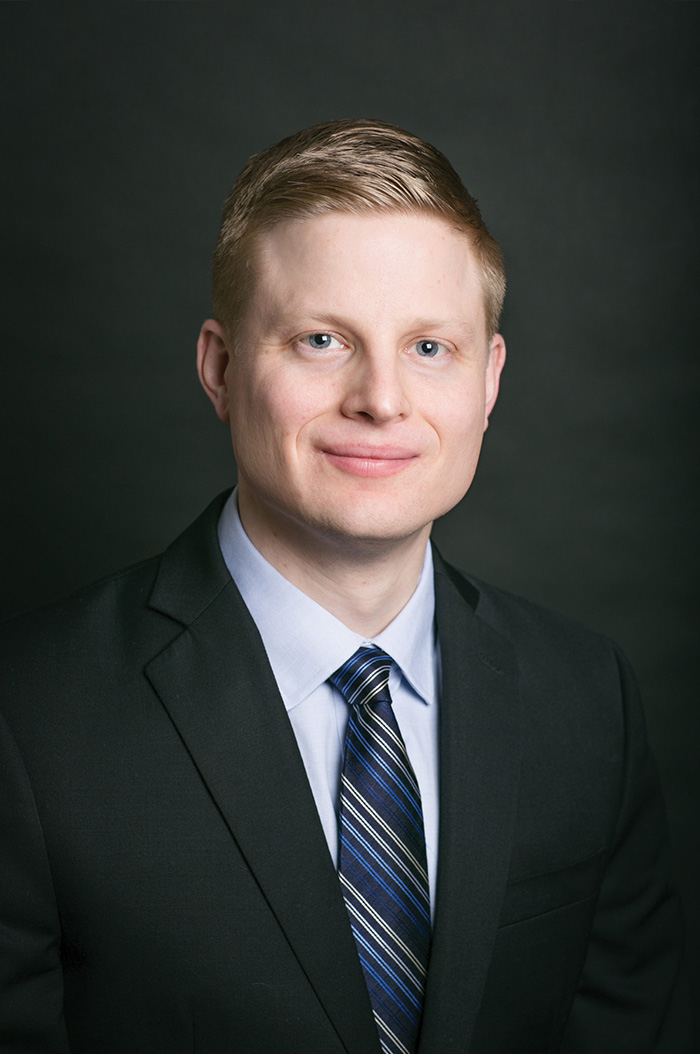 Andrew has been providing above and beyond service to the Society throughout his first four months of his new role as director of accounting. Working short-staffed (which got shorter for a time) and with a government shutdown, he ensured cash flow was maintained and all deliverables were met. Additionally, he faced the annual audit, which was larger and more scrutinized than in past years.

Nico was nominated by two of his colleagues for going above and beyond, not only by filling in during a leave of absence in 2013 but also by taking the initiative to lead the redesign of Prism online, redesigning the logo, and serving as an exemplary mentor figure to create a stronger Art &  Production team! 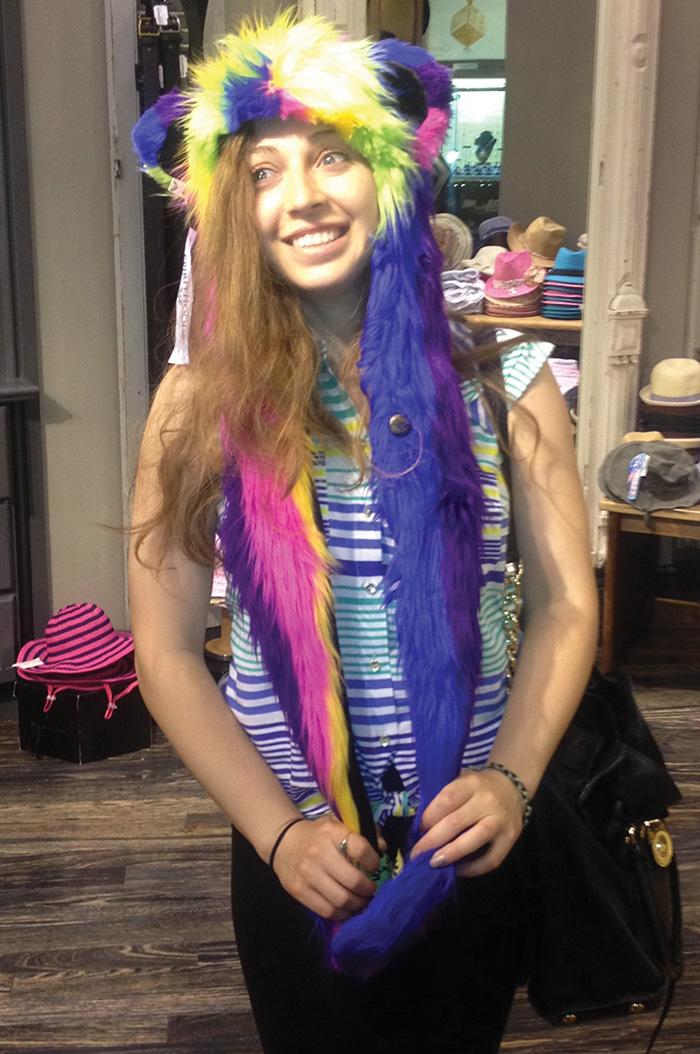 Evelyna did whatever it took to complete the first Graduate Research Fellowships Program  virtual panel. This included taking on extra  responsibilities like playing a lead role in managing the application reviews, logistics, and communications, and  recruiting double the panelists from last year. She canceled a vacation, and worked through weekends and office closures to have the panel conclude successfully. 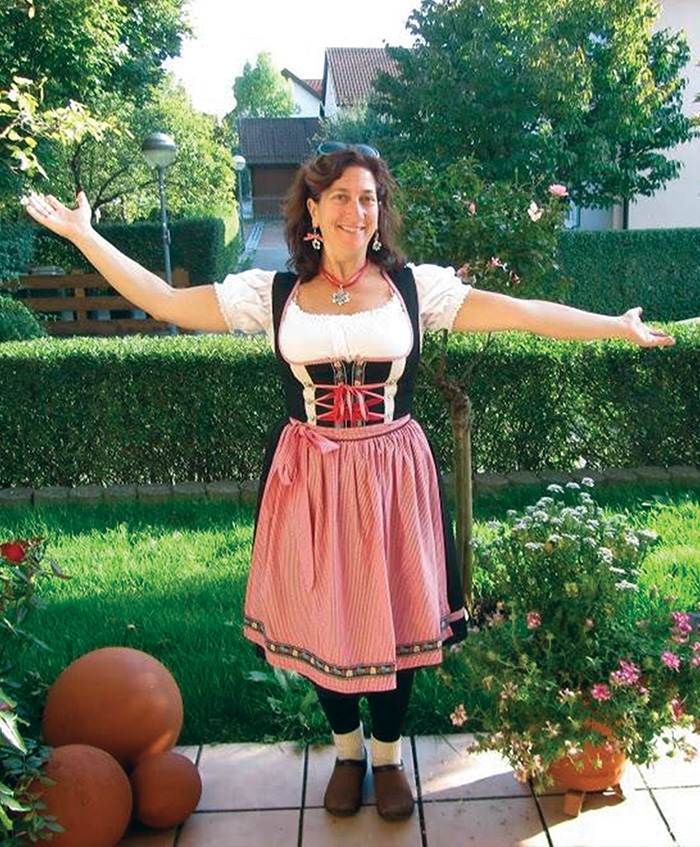